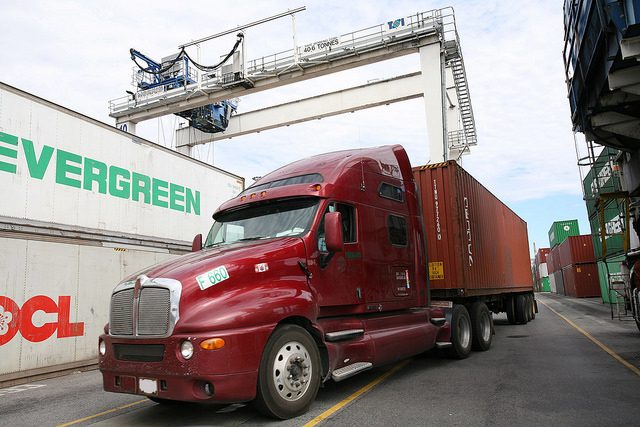 Intermodal shipping containers are used worldwide to transport goods from the most remote parts of the world to its biggest cities. However, few people know that a high-school-educated truck driver from North Carolina invented the internationally used container.

Malcolm McLean’s invention was inspired in the early 1930s. One day he was watching the workers loading boxes on the ship by hand, as Maclean himself described in the 1994 article The Man Who Put Boxes on Ships:

“Wouldn’t it be great if my trailer could simply be lifted up and placed on the ship without its contents being touched? If you want to know, that’s when the seed was planted.”

However, McLean’s containers were not widely used until nearly two decades later, according to The Container Principle by Alexander Klose.

In April 1956, the 33-feet-long aluminum boxes were loaded on an Ideal X tanker headed to Houston, Texas.

“The boxes were reinforced by a layer of steel plates, perforated at regular intervals by rectangular holes. Jutting from the bottom of the boxes were four pins, which fit precisely into the holes provided in the ship’s deck,” Klose describes in his book, saying that date now represents the birth of container transport.

The rise of globalization

Many companies followed the example. Klose told TruckNews.com this became a push for the globalization of commerce. Sea-Land, McLean’s company, took over a significant share of the logistics for the US Army during the Vietnam War. The intermodal containers reduced shipping cost to 1/3 of what they would otherwise be — and enabled more efficient deliveries.

However, these intermodal shipments to Vietnam also led to broader changes.

According to Klose, infrastructure development spiked and led to the opening of one of the most significant maritime routes between the U.S. and East Asia.

“There was no infrastructure, so he [McLean] brought it with him. Together with the military, they would build offshore container loading facilities, and then build container ports, their own airport somewhere in the middle of the jungle if they needed it. So, it also proved the abilities of the system.

“But then, McLean thought, ‘What do I do with my empty boxes and my empty ships when going back from Vietnam?’ He decided he would call Japan. And within a couple of decades that became by far the most important sea route in global maritime transport — the opening of these Asia-U.S. routes. And it was interesting because there wasn’t much production in Japan at that time. It had just started. And he offered this kind of cheap transport system to that new market.”

Klose says that McLean’s invention and the standardized shipping container revolutionized maritime transportation — and then intercontinental and trans-modal transportation all over the world, enabling globalization.

Even though many other factors contributed to globalization, he points out that universally used containers might have been the most important piece of the puzzle.

“Within quite a short period, companies started to abandon warehousing, and started to develop a completely new production system, which meant that you don’t produce a lot of stuff as much as you can produce in a certain factory at a certain time, and then put it in some warehouse, and then you try to sell it. But that could do it the other way around — switching from a ‘push’ economy to a ‘pull’ economy, to determine the different need”

This kind of flexible production wouldn’t have been possible without the standardized transport system that enabled companies to put their stock on the road and ships, Klose says.

McLean’s intermodal containers were ultimately re-designed, becoming an international standard in 1972, when the International Organization for Standardization (ISO) set container lengths at 20 or 40 feet long.

Some companies are already experimenting with larger containers to increase efficiency. Canadian Tire, for example, unloaded its 60-foot container in Calgary in 2017.

But Klose says it is unlikely that the international standards will change in the near future. He does not foresee any significant changes in the utilization, transportation or design of the intermodal containers.

While Klose believes it might be reasonable to implement bigger containers regionally, it will be hard to do so internationally. Bigger containers will require additional investments to expand transport systems or build new ones, in addition to changing the equipment in ports.

“It takes so much time to establish a standard. And if you look at the history of the system, then it’s clear that it didn’t start in 1954. It started earlier and exploded. Then it stayed regional for some time, and in the 1960s it developed into a more-or-less global thing,” he said.

“It’s just so enormously expensive to do that. We’ll stick to that as long as we can.” 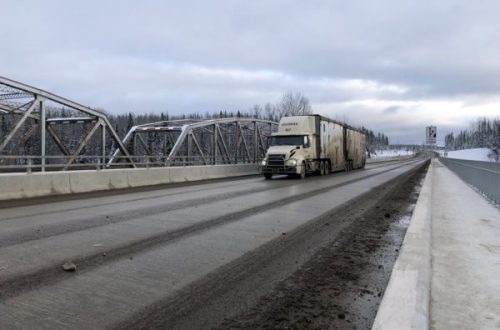 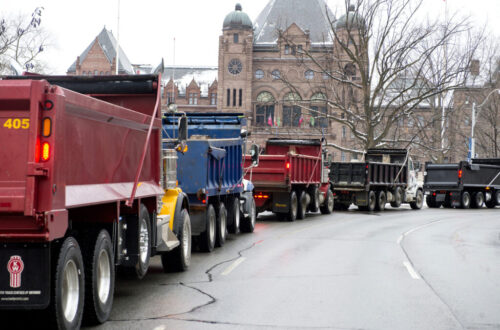