Steve Lawn has a message for Parkland Corporation truck drivers as the fleet adopts its first video-based telematics systems. The cameras are not collecting data for a vengeful “Big Brother”, the fleet manager stresses. The goal is to capture insights for training, and even to exonerate those who do the right things in difficult situations.

One truck driver put the latter point to work right after one of the cameras was installed — just 30 seconds up the road. They immediately reached for a button in the cab to ensure video of the close call was saved.

“In most cases, the evidence that we see is that our drivers are doing a great job,” Lawn said, during a panel discussion at the Private Motor Truck Council of Canada’s annual meeting. “It’s to reward them for doing a job or for their behavior.”

Each camera view offers different insights. Forward-facing lenses illustrate lane positions and the actions of surrounding traffic. Cab-facing cameras highlight a truck driver’s focus on the road and whether someone is using a cellphone at the time of a collision. The recordings can be automatically triggered by factors such as hard-braking events or sudden steering corrections, or manually captured through the push of a button.

Mounting a camera at the back of a vehicle can even help monitor how individual services are completed. Parkland, for example, is testing a system that activates rear-facing cameras whenever a PTO is engaged to fill a fuel tank or complete a delivery. Safety teams can then ensure the right personal protective equipment is being used, and that standard work practices are followed.

It’s not about safety alone. Video can also be used to inform customers when a truck can’t access a particular location because of debris in a laneway.

Depending on the programming, a system can save video clips showing what happened in the moments before and after a particular incident.

“Provided the driver is operating safely and following the rules of the road, the video will really vindicate that driver,” he said.

“The data tells the story.”

Admittedly, there can be too much of a good thing, and it’s easy for fleet managers to be overwhelmed by all the data at their disposal. “The key is to work with your technology provider to really focus on exception-based results,” Moncion explained. A central dashboard pulls together all the related telematics data.

Further details are emerging with the help of artificial intelligence.

“Being able to determine exceptions, flagging exceptions, is easy to do from the data stream but harder to do from pictures,” explained Dwayne Primeau, president of Northern Business Intelligence, referring to cellphone-related distractions as one issue that artificial intelligence can more readily identify.

Primeau identifies several things that should be included in fleet budgets for the systems, including the hardware costs, installation time, support, and monthly cellular plans to share the data. Ongoing care can also require fleets to update SD memory cards.

“Those SD cards do have a finite lifecycle, so after about 500 re-write cycles, the SD Cards really are consumable media. The do need to be replaced,” he said. “After two to three years, if you’re continually recording and re-recording, you will have to go to the vehicle and replace the SD cards.”

It isn’t the only maintenance-related consideration.

“If you have 10, or 100, or 400 cameras plus in your fleet, there are a number of components in those cameras that can fail over time,” Primeau explained. “We have seen, across multiple products we’ve looked at, a slightly higher failure rate than a telematics device that has fewer moving parts.” It’s why strongly recommends opting for video systems that automatically report on camera health.

Systems that integrate a geofence can also let fleets capture more data in areas known to have additional challenges, such as a yard or warehouse where previous incidents have occurred.

“That functionality is a really valuable tool,” Primeau said. “Increasingly we’ll see the AI features pulling out bits of importance as well.”

Fleets should also ensure that they are the ones who ultimately control the data, he added.

“Read the fine print in your contracts with your telematics and video telematics providers.” 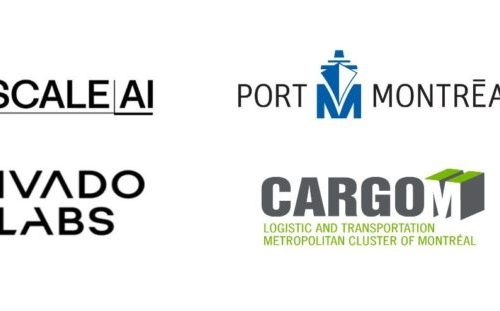