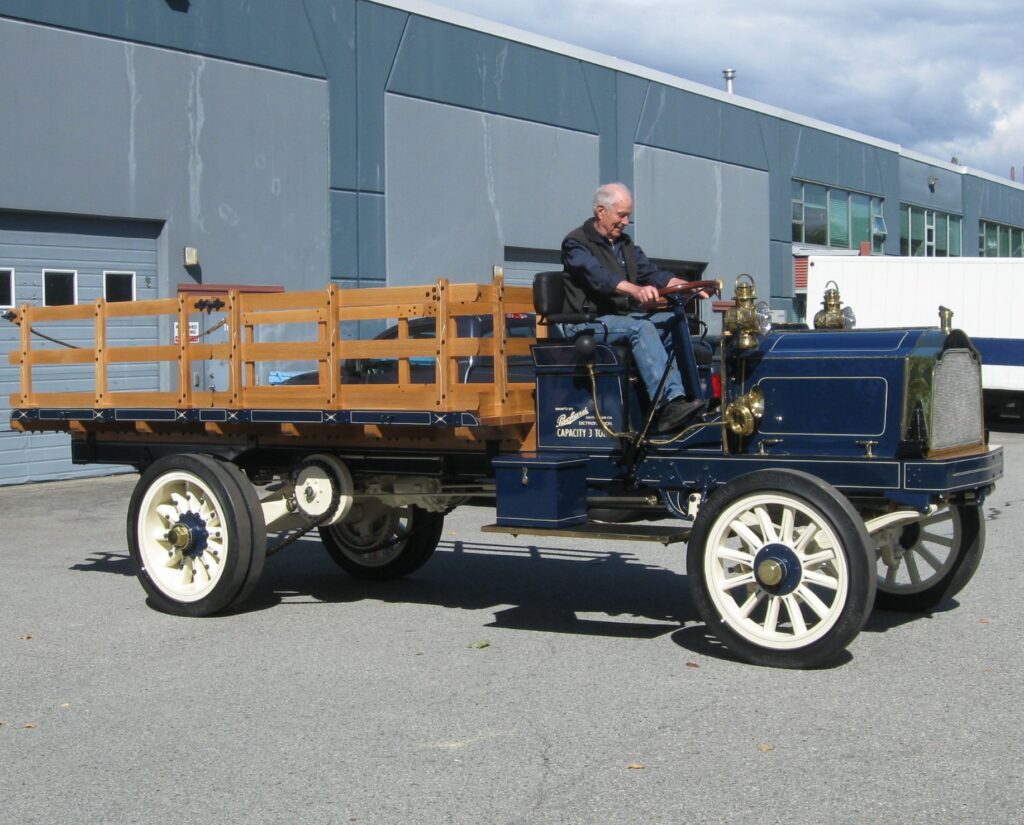 A rare 1909 Packard three-ton truck that originally served a Nevada mine has found new life in Vancouver, where it has been restored by a pair of vintage car enthusiasts.

“I’ve been heavily involved in the restoration of cars, and I’m particularly interested in the cars that are built before the first world war or certainly before 1920,” he added. “We’ve worked on a number of cars of that age, and I own three or four right now.”

But those were cars. He had not tackled restoring a truck before.

“The truck sounded like an interesting project,” he said. “It’s now as good as, if not better than, new—mechanically and visually.”

It has been a long journey. The restoration project included work on nearly every aspect of the vehicle.

“It was a lot of machining and lots of welding,” Trant said. “We made patterns, we did castings, metal spinning, some sheet metal work, and a friend of ours did the woodwork for the most part. All facets of the restoration we did. We did a lot of painting as well as had some powder coating done.”

Despite the engine being relatively complete, the four-cylinder T-head design was quite worn. Many parts had been replaced by non-authentic parts, were worn out, or missing altogether. Its cast aluminum crankcase was cracked, repaired using tin cans for materials.

The truck started its life 112 years ago when it was sold for $3,850 to the Nevada mine, where it operated until the operation shut down. Like the mine itself it was abandoned in the desert until being rediscovered by the Hayes Truck Collection.

The Packard was cleaned up and given a coat of black paint along with a box built for a seat and some inauthentic rear tires. From there it rolled into their California museum. When the museum acquired other similarly aged trucks, it was sold to Tracey Kroon, a Yellowstone Bus Restorer in Montana.

Kroon managed to get the engine running, though barely. He decided the project was not for him and eventually sold the truck to Paul Carter in 2011. Carter and his son trailered the 6,460-pound Packard to Vancouver for full restoration.

Much of the truck’s survival to that point can be credited to Nevada’s decidedly non-Vancouver-like weather.

“It was in a dry climate. It was worn out by the erosion of sand and all the moving parts, but there was no rust. You can still read Carnegie Steel stamped on the side rails,” Trant said.

Although it had survived rust-free, the aluminum that was used back in those days was porous and had absorbed a lot of oil.

“Some aspects of the engine [restoration] were quite difficult because of the aluminum … so some of the wielding was really challenging,” Trant said.

Another challenging aspect of the project involved the wooden wheels. They were weathered, gouged, and the surrounding wood felloe bands were rotted in places and full of drilled holes. The restored truck’s six solid rubber tires were made and vulcanized onto the steel rims by Overman Cushion Tire Co. in Ohio.

The research necessary in order to keep the truck authentic was a challenge of its own.

“There is a Packard truck collectors society, but they’re all in the eastern United States. They’ve been quite interested in the truck and help where they could, but we’ve talked to them on the phone and over the internet,” Trant said. “Other than that, we had a factory sales brochure that was well illustrated. So that gave us a lot of information about the authenticity aspects.”

Fortunately for the restoration, there was a similar 1911 Packard truck just across the border in Tacoma, Washington, owned by antique truck collectors John and Doug Nichols. Although their Packard was incomplete and unrestored, pieces like pictures and measurements could be taken from it.

The result of all this labor is a fully running piece of history finished in Packard blue. Carter uses his truck occasionally as its 18 miles per hour top speed can be troublesome on modern roads.

Trant admits he is unsure how many hours the restoration required.

“I think it probably started 2010 or maybe 2012, something like that. I’m just guessing now. Time flies when you’re having fun,” he said. “Nobody keeps track of time when they’re enjoying themselves.” 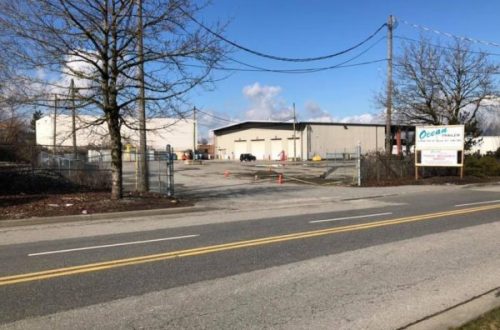 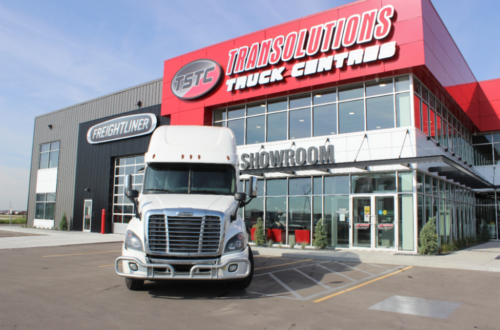 Four questions to ask when buying a used truck