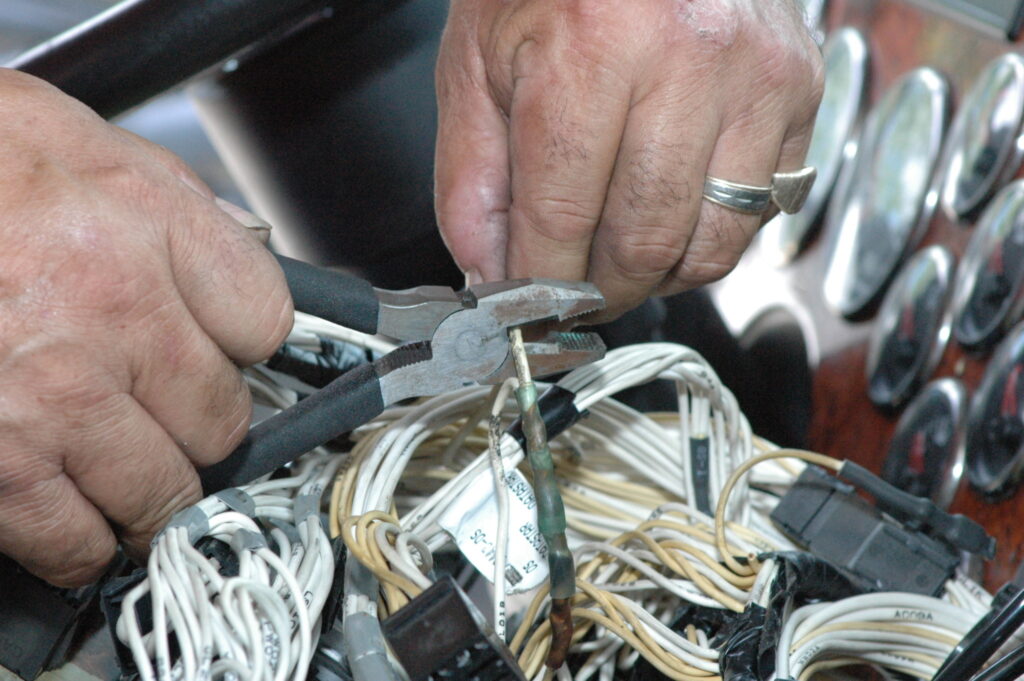 Luckily for driver Bob, he wasn’t following a convoy of bikers down the highway when his horn started blowing and kept on blowing. While driver Jane might have looked a bit silly with her windshield wipers flapping away on a bright sunny day, she was still better off than driver Steve. He was refused a load because he couldn’t shut his truck off while at a loading dock.

Those are three documented examples of electrical woes experienced by just one fleet in recent years. In the first two instances, the horn and the wipers on separate trucks just turned on and stayed on until the driver could safely stop and turn off the key. As for the truck that wouldn’t shut off, the problem was traced back to an add-on product that was feeding voltage back into the ignition switch via a short in a constantly powered circuit’s wiring.

These examples illustrate both the interconnectedness of modern truck electrical systems and the susceptibility to very counterintuitive electrical faults that leave even seasoned technicians baffled and frustrated. The interconnectedness is what it is, and that’s not going to change. It’s making diagnostics very difficult and forcing technicians to abandon circuit tracing tools and multimeters in favor of more sophisticated diagnostic tools such as oscilloscopes and thermal imaging cameras.

“The tools we used back when I was on the shop floor are barely adequate anymore,” says Jim Pinder, corporate fleet director, Erb International, of Baden, Ont. “Multimeters are fine for some jobs, but with all the multiplexing going on — sending multiple signals down the same wire — and the much lower voltages we’re seeing, you need tools like oscilloscopes now.”

An oscilloscope can take diagnostics to a higher level, saving countless hours in hit-and-miss voltage and resistance tests, and tons of money in improper repairs. It allows the technician to physically see what is happening within the CAN network. Unfortunately, they are still rare birds in truck shops, but leading fleets like Erb and Bison have discovered their worth and sing their praises.

“It’s surprising what you can diagnose with an oscilloscope versus a multimeter,” says Bison Transport’s manager of technical training and product development Tony DeGroot. “They are widely used on the automotive side where they have a lot more sensors. You can see the interrelationship between two sensors, how they work, what the peaks and dwell times are, and everything else you need to know.”

Pinder says oscilloscopes are incredibly powerful tools in properly trained hands, and while not inexpensive, today’s complex electrical and electronic environments are rapidly making them indispensable. “Every shop should have one and provide the training on how to use it,” he adds.

Another barrier to efficient electrical diagnosis and repair is limited — and sometimes restricted — access to OEM wiring diagrams and diagnostic resources. It’s all tied into the “right to repair” issue. Justin Horton, shop manager at Gateway Trailer Repairs in Edmonton, says OEMs make it difficult for independent shops and jobbers to access critical diagnostic information.

“The OEMs will usually comply with requests for information, but strictly on their terms,” he says. “They often make us wait a day or two before completing our request. That’s not acceptable. You can get some wiring diagrams and codes from some maintenance software providers, but that only goes so far. Eventually you will need stuff from the dealerships.”

“A lot of our troubleshooting ends with the point at which power goes into some module, but it doesn’t come out,” he says. “You could go and buy a new module and install it, but it often still won’t work because it has to be programmed by the dealer. Our hands are completely tied. We can’t fix these things. All we can do is replace parts. That’s what mechanics have turned into.”

While Gateway is an independent truck and trailer repair shop, that experience would be consistent with many fleets today, especially smaller fleets that may lack highly skilled technicians or extensive diagnostic resources.

Advanced diagnostics aside, two problems stand out as perennial maintenance headaches: corrosion and broken wires. Corroded wiring is a fact of life, and while nearly impossible to prevent, it’s causing more than just non-functioning lighting. Today’s advanced electrical systems are very sensitive to changes in voltage and resistance in a circuit. Since corrosion can be responsible for changes to both voltage and resistance in a wire, technicians can spend hours trying to identify the source of a voltage drop. And in the end, the problem might lie somewhere within a seemingly unrelated circuit.

All three of our sources for this story report that broken wires account for a very large portion of their electrical headaches. They point to the use of thinner or lighter-gauge wire in the OEM harnesses that seem to be more susceptible to breakage. These wires simply don’t tolerate flexing or stretching the way heavier gauge wire would.

“I remember when Great Dane sold trailers with double-jacketed wiring,” says Horton. “I haven’t seen that since the mid-2000s. I think they were probably 16- or 12-gauge, if I’m not mistaken, but they aren’t like that anymore.”

It’s a problem echoed by DeGroot and Pinder. Both say thinner-gage wires with fewer strands of wire within the sheath are causing all kinds of problems. For example, DeGroot has seen problems with ABS leads tie-strapped to a rubber air brake hose.

“The pull strength rating is vastly different in the higher-gauge wire compared to the smaller wire.”

“We find that ABS wires are often tie-strapped to an air line from the brake chamber,” DeGroot says. “When you apply air, that [rubber] air line actually expands, making the inflexible tie-wrap very tight. While you can’t actually see it, the wire is so thin on the inside ABS sensor that it actually breaks the wire.”

Pinder has seen similar problems with OEM harness stretched too tight at the factory.

“We’ve seen engines that won’t run because of a broken wire on top of the transmission,” he says. “If you stretch the harness, it will fatigue and eventually break the wires inside. We have a similar problem with harnesses that are too loose. As they bounce around, the wire is constantly flexing. Sooner or later, something is going to break.”

Pinder provided a chart that shows, among other things, the breaking strength of various wire gauges. Wires of 14- or 16-gauge (common in the past) have respective break force ratings of 119 and 75 pounds. Wires of 20-and 22-gauge (common today) are respectively rated at 29 and 18 pounds.

“The pull strength rating is vastly different in the higher-gauge wire compared to the smaller wire,” he says. “There are just fewer strands of wire in the lighter gauges, which makes them easier to break and more susceptible to changes in voltage and resistance due to breakage or corrosion.”

Keeping the lights on

Keeping the lights on — and the engine running, and wipers and horn off — demands extra care and attention to detail. Understanding that improper repairs will lead to more grief down the road, techs need to be diligent in how they diagnose and repair damaged wiring.

Pinder’s crew is now using thermal imaging cameras to detect hot spots caused by corrosion-related heat in wiring harness. Corrosion or broken wire strands increase resistance that creates heat, and these hot spots in wires show up readily when scanned with a thermal imaging device. They are obviously useful in checking for clean connections in terminals and other electrical connections, but Pinder says they are also good when inspecting hot cups on a universal joint, shock absorbers, wheel ends, properly inflated tires, and even vehicle alignment.

“Any part on a truck where excess or lack of heat might indicate a problem can be revealed by checking temperatures with a thermal imager,” he says, like he’s discovered the Holy Grail of diagnostic tools.

“To get an accurate picture of what’s going on, you probably need to put a load into the circuit.”

From a diagnostic perspective, an old-style incandescent headlight also becomes a valuable tool. Some circuits will show 12 volts when checked with a test light or a multimeter, which can lead a technician to assume there’s nothing wrong with the circuit. However, if you put a load on the circuit, like a halogen headlight, the voltage might drop to three volts.

“Without a load, an LED test light will light up at three volts,” DeGroot says. “To get an accurate picture of what’s going on, you probably need to put a load into the circuit.”

Problems caused by sensors detecting improper voltages or resistance can be caused by something as simple as connecting a CB radio to the wrong power lead or switching out a factory headlamp for an aftermarket model.

“It doesn’t help when people put aftermarket stuff on a truck because the ECM might recognize a voltage drop,” Horton says. “So, [if] somebody installs aftermarket headlights or the wrong headlight, the system won’t like it and then you lose all of your lights. All that because of an incorrect part or a faulty repair.”

While drivers Bob, Jane, and Steve suffered through the irritation and indignity of intermittent electrical problems, the frustration is nothing compared to that of a technician assigned to remedy the problem. This is usually compounded by the magic bump that exists in every truck terminal that seems to shake everything back into ship-shape just as the truck drives into the shop. 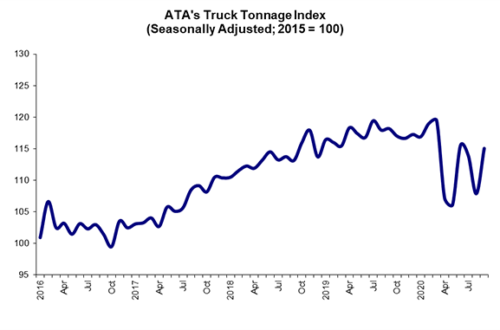 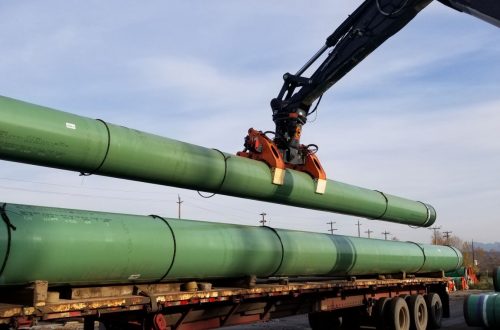 Answering your top 15 questions on the Canadian ELD Mandate