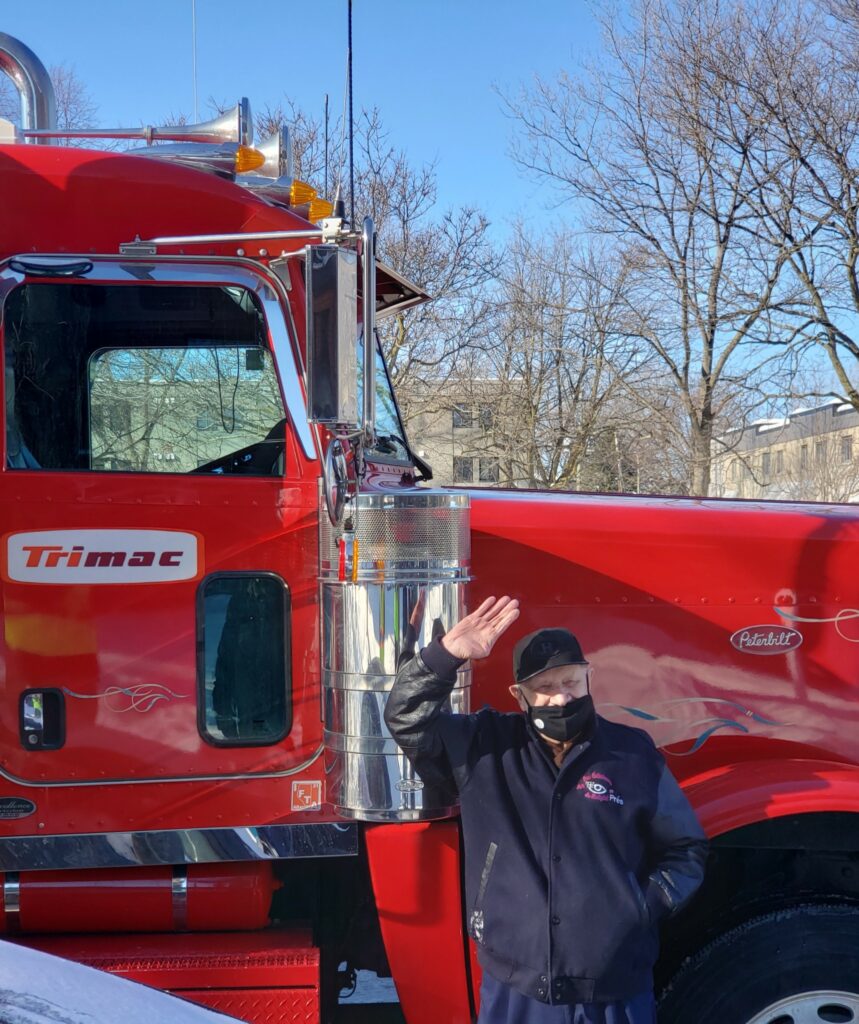 A longtime Trimac driver got a surprise for his 100th birthday Feb. 11, when the company he spent his career driving for showed up with two trucks to deliver some special gifts.

Trimac is celebrating its 75th anniversary this year, and Roger Beauchemin has surpassed that, turning 100. He joined Trimac, then called Solange Cartage, in May of 1948 and drove for 38 years before retiring in March 1986.

His grandson Francis Mercier contacted Trimac to see if they would help make Beauchemin’s birthday special during the Covid-related lockdown. Trimac polished up two trucks, which were driven to Beauchemin’s residence to deliver some birthday gifts.

“We only sent two trucks. We were concerned about creating a safety issue if we sent more than two. It wasn’t a no-truck road, but it was still a residential area,” said Quebec terminal manager Mark Robert, who helped organized the event. “I would say he was somewhat surprised, but I got the sense he suspected something like this was going to happen. He is still pretty sharp for someone his age.”

Beauchemin began his career behind the wheel of a GM, and eventually moved into a White Western Star. He hauled mostly cement and heavy equipment in Quebec and Ontario, the company says, and helped deliver the cement used to build many bridges in Quebec.

His most memorable trip was to Sept-Iles, Que., which was mostly gravel roads back then. He also fondly remembers delivering cement for the construction of various hydro dams in Quebec. Other notable projects he helped out on include the Louis-Hippolite-Fontaine Tunnel and projects related to Expo ’67.

“Trimac would like to thank Beauchemin for all his hard work in hauling the materials that built many of the iconic structures in and around Quebec and also for allowing our company to be a part of his tremendous celebration,” the company said.

For his part, Beauchemin had only one regret – that he wasn’t able to take one of the trucks and hook on to a load.

“I felt like going to work, taking a truck to go for a trip or deliver a load,” he said in a thank-you video he recorded for Trimac. “I thank you very much. It’s something very special for somebody like me. For the rest of my life, I will never forget that.” 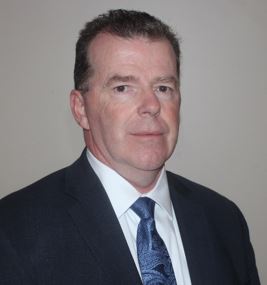 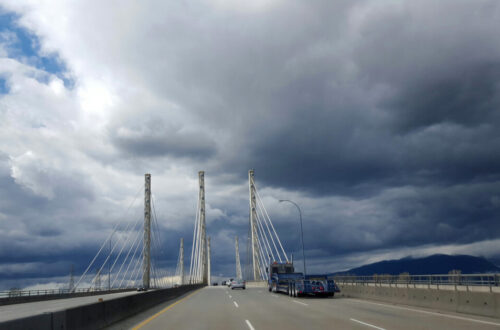 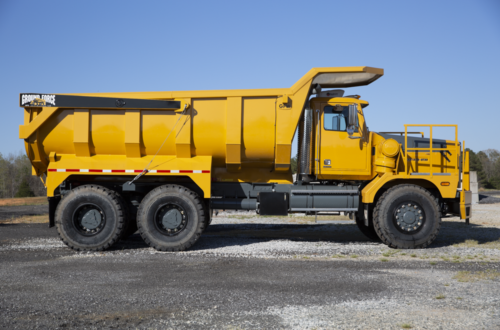