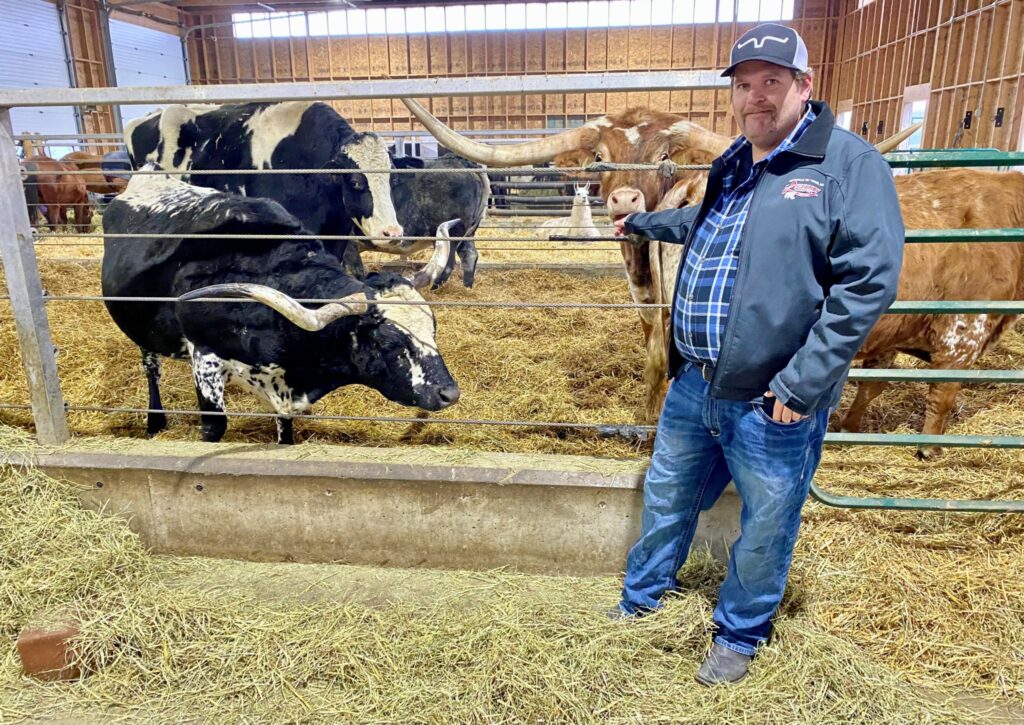 Hauling livestock can be dangerous and demanding, not a job most can or would like to do. You could get kicked, gored, knocked over and seriously hurt or worse.

Kevin Smeltzer, who grew up on a farm and likes working with animals, has embraced the profession. He loves the old-school camaraderie that still exists in this line of work. “Livestock haulers help each other while loading or unloading at a farm or plant or if you have a breakdown on the road,” he said.

Smeltzer, 40, has been a truck driver for half his life. He began with local landscape dump truck work and then hauled oversized farm equipment for about 10 years, dabbling in a bit of construction for a while.

The longhaul company driver has been transporting livestock and freight for Luckhart Transport for the past seven years.

“While driving with livestock, pretend you have a glass of water sitting on the dash and try not to spill it because you have animals standing in the back,” Smeltzer explained.

It is similar to hauling a tanker because it is a live load. One has to be careful starting, stopping and cornering. Additional distance between vehicles must be maintained to avoid hard braking.

“You feel the cattle back there even on a straight road. Every load is different, no two loads of cattle are going to behave the same,” he said.

Drivers must obtain training certification and follow guidelines on livestock transportation – depending on the type of animal, size and age. He stops every three to four hours to check on his load and equipment and spray the animals with water in the summer. While hauling cattle from Western Canada into Ontario, they are unloaded for the night in Thunder Bay to be fed and watered.

Trip planning is vital, Smeltzer notes. He constantly checks weather conditions. There have been instances where he has had to unload cattle to wait out storms along his route.

For a livestock hauler, loading and unloading cattle is part of the job. Smeltzer grew up on a farm and is comfortable around livestock.

But there is no room for complacency. “You still gotta act like you are new. You never know how cattle are going to behave. You get some cattle in the west that have never really seen people until they are rounded up to go on the trailer. They’ll run, or you get kicked, or knocked over. Lots of guys have been seriously hurt,” he said.

Last week, Smeltzer was kicked in the leg, just below the knee. He said you are better off being close to the cattle so the kick doesn’t have as much power, but it still hurts. “I’ve been knocked over, chased off the trailer and down the chute by cattle. You have to jump over and get out of the way, you don’t always see it coming.”

He added that he’s been knocked over by pigs too. The job is not for everybody, he said, but is safe most of the time.

“You learn where to stand and not to be behind gates, an area that could get you into trouble. Always leave yourself an exit. They are domesticated wild animals. Sometimes you are in the wrong place at the wrong time,” he added.

Smeltzer said a livestock hauler must have empathy for his load. Not every day is a good day and sometimes you have losses. “If that does not make you feel bad, you are probably not in the right job,” he notes.

Despite the rigors of the job, Smeltzer enjoys the variety it provides. He loves delivering loads to farms and ranches because can drive on back country roads instead of busy highways. Views of crops in the fields at different times of the year, along with the equipment and animals are a big draw for him.

“I’ve unloaded at a dairy farm, scraped my trailer out and helped them milk the cows after,” he said.

At the end of a hard day, watching livestock walk off the trailer provides the kind of satisfaction that keeps Smeltzer coming back for another. 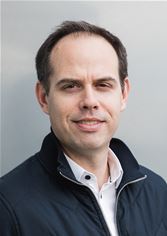