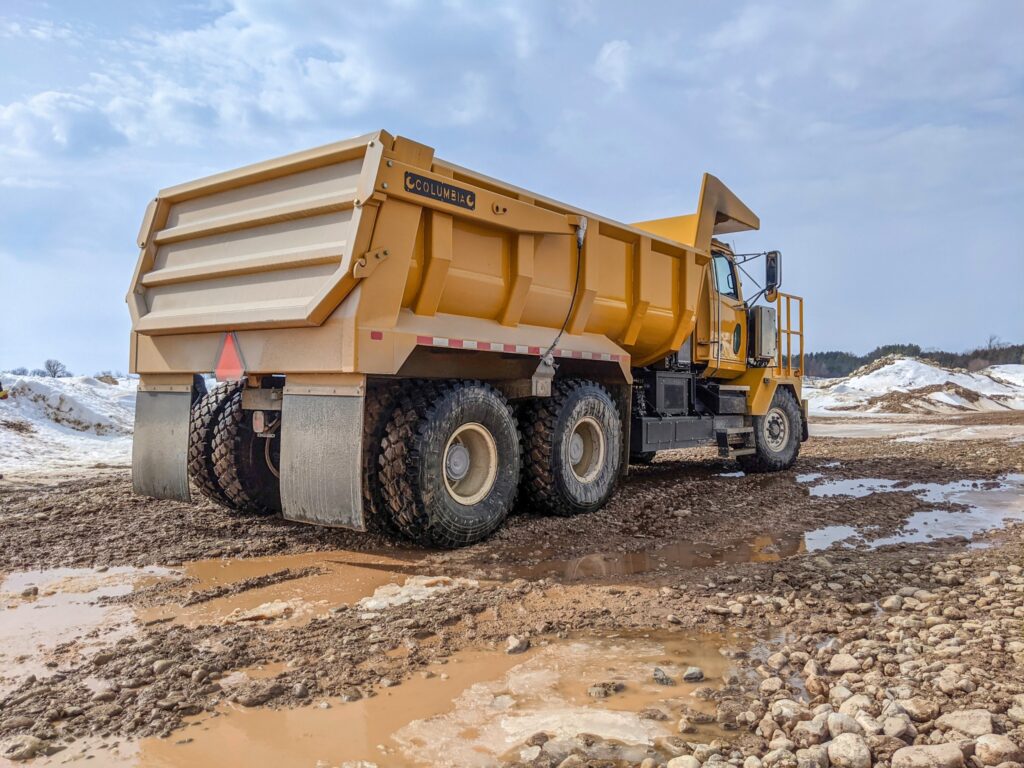 Since CBC Eastern Townships reported on his all-electric mining truck in mid-March, Jean-Marc Tardif has been overwhelmed with requests for information on his unique project.

The president of Tardif Diesel, a Freightliner/Western Star dealership in Ascot Corner, near Sherbrooke, Que., is driven by projects and is a strong believer in the electrification of trucks. Its delivery fleet is made up of electric vehicles. At the request of a customer who wanted to make a fully electric mine truck, he converted a Western Star 4900XD to make it the world’s first off-road truck with fast charging capabilities.

Two partners are also taking part in the project, Medatech, an engineering firm from Collingwood, Ont., and ABB Canada for the fast-charging aspect.

“We have seen the potential that lies in this segment and our ambition is to be the first in the world. Speed ​​of execution is important,” explains Tardif.

Two years ago, Tardif traveled to Portland, Ore., to tell the folks at Western Star about the project. He obtained their agreement to work on the electrification of a WS4900XD with a capacity of 25 US tons.

“From there, I was also accepted as a body builder for Western Star, which means that, the day I will have sufficient volume, Tardif Diesel will be the manufacturer of the electric Western Star XDs,” explains Tardif.

In July 2019, Tardif Diesel purchased a Western Star demo truck. In September 2019, Medatech started work on the truck that was due to start rolling in May 2020, but the Covid-19 pandemic caused delays.

“The truck ran on its power for the first time the week before Christmas,” says Tardif.

Tardif Diesel is fully financing the costs of the project. However, government aid announced by the federal and provincial governments will not be refused.

The truck features two TM4 Sumo engines mounted on a homemade gearbox. The driveshaft and differential are standard. The batteries come from manufacturers in the automotive industry and Medatech designed the power management system.

It is a prototype, a demonstration truck that potential customers can try out and that can be moved on a standard drop deck trailer. A larger capacity 6900XD could be electrified with the same components, but the logistics of transporting this model is more complicated, requiring road escorts.

This prototype is equipped with a dump body, but Tardif also wants to develop an electric tool truck that would make it possible to change the tires of mining trucks and perform other service.

“The diesel engine is pretty much just used to power the hydraulics of the truck’s crane. With an electric tool truck, we would have plenty of capacity and we wouldn’t need to recharge it during the day,” Tardif explains.

The ultimate goal of the project is to optimize the capabilities of the truck over a duty cycle. A mine offers an ideal loop circuit: the truck is plugged in when ore is loaded into the truck, electrical power is used when the truck is coming up from the mine, and regeneration of the brakes partially recharges the battery when going downhill.

“With fast charging, the truck is able to work 24 hours a day, seven days a week without ever stopping. The idea is to recharge where the truck will be stopped the longest,” explains Tardif.

Currently, the truck has 150 kWh of on-board charging and 310 kWh batteries. A full recharge can be done in less than three hours with a standard 600-volt outlet. With a fast recharge, it takes about 20 minutes. The volume of the batteries, the power and the recharging can be adjusted according to the customer’s needs.

The electric truck weighs about 1,500 kg more than its diesel equivalent. However, it is possible to reduce the number of batteries if it works a shorter duty cycle.

The first truck was manufactured in the facilities of Medatech. Future conversions will be made at the Tardif Diesel facilities. Tardif says he has received an order for eight trucks and several others are in negotiation.

He wants to have the truck at his facility in May for testing and demonstrations. 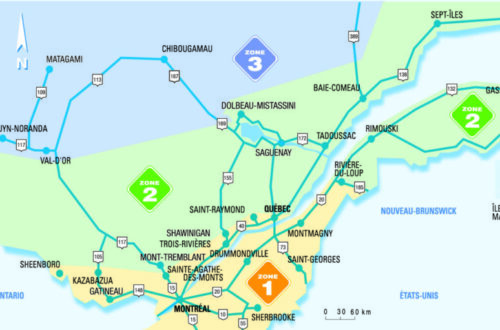 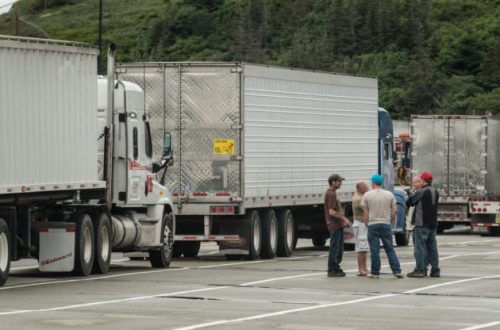 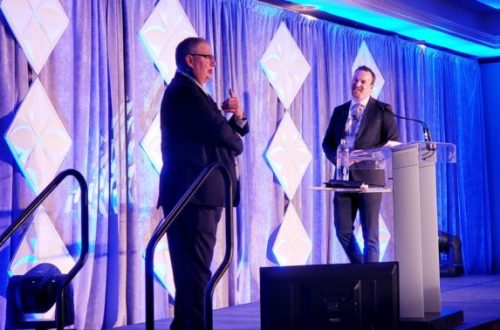