Electric trucks are making headway quickly in North America. But Peterbilt general manager and Paccar vice-president Jason Skoog says there are four specific things the trucking industry can do to propel such trucks into mainstream use even sooner.

Skoog made his remarks as the keynote speaker at the Advanced Clean Transportation Exhibition (ACT Expo) and began by noting that Peterbilt designed and built its first heavy-duty electric truck way back in 1998. “That truck had a 3,000 lb. lead-acid battery and got nine miles from a single charge,” he said, chuckling. “But we’re doing a lot better now with that technology.”

In 2019, Skoog said Peterbilt unveiled its first-generation electric trucks and began series production of three battery-electric models this year, including the Model 579EV, the Model 520EV, and the Model 220EV.

“We were the first OEM to announce production availability of electric trucks 12 months ago,” he added. “And today, we are very proud to announce that we have 400 orders in our backlog for these trucks today.”

Moreover, Skoog said, Peterbilt electric trucks are currently running daily routes in both Anchorage, Alaska and Boise, Idaho, and the OEM is getting “fantastic” feedback from the fleets evaluating those trucks.

“We also have 10 Model 579EV tractors working at the Port of Oakland,” he said. “We’ll soon have trucks working in the Port of Long Beach, California as well, and have another 60 scheduled to be built and delivered to the ports by year’s end.”

Skoog said around 100% of refuse truck roles can currently be filled by battery-electric trucks. And he noted that around 35% of current Class 8 trucks average 250 miles or less per day, making them good eventual candidates for the technology.

“That leaves 65% of Class 8 trucks that run more than 250 miles per day,” he added. “And I think we’ll have to wait for significantly improved batteries or viable hydrogen fuel cell technology before we’ll start seeing fleets in those applications move away from diesel.”

But, Skoog said, if North American fleets are interested in electric trucks, and would like to accelerate their acceptance and use around the country, he sees four actions that need to happen to encourage that shift.

“We must have a viable, national charging infrastructure,” Skoog told ACT Expo attendees. “Medium- to large-scale charging systems require heavy construction, including trenching work and installing transformers. This is expensive and time-consuming to do. Additionally, it takes significant financing to accomplish.”

To help fleets with this, Skoog said Peterbilt is already offering electric truck charging systems through its Paccar Parts division. Additionally, the OEM is now offering a variety of advisory services for fleets interested in electric trucks, including site assessments and project management.

“We start with the truck and move immediately to infrastructure,” he said. “We tell our customers they must start working on the infrastructure problem the moment they decide to put an electric truck in their fleet.”

Secondly, Skoog said, changes need to be made to drive down electric truck prices. To help here, Peterbilt has a dedicated grant writer on staff to help fleets find government grants to help subsidize the cost of electric trucks. The OEM also has an online operating cost calculator that lets fleets plug in operating variables to get a clear picture of what an electric truck’s total operating cost will be compared to a conventional diesel truck.

“But we need more,” he said. “Right now, the 2024 California Air Resource Board (CARB) Zero Emissions Sales Requirements are pushing truck OEMs to build a certain number of electric vehicles. But there is no customer purchase requirement on the other side of the equation. Now, I understand that many of you out there would prefer rules that require OEMs to build the trucks, without any requirement that you buy them. But if we’re going to get costs down and bring production to scale, we need better customer-OEM alignment on this front. And common interests — both a requirement to build and a requirement to buy — will move electric trucks forward much faster.

Additionally, Skoog said he would like to see tax rules changed so fleets have the option of taking tax credits on the front end of the sale, when a truck is purchased. “We are working with CALSTART to put an option in that will let fleets take that credit up front,” he said. “We believe that the most effective incentives are the ones that are there at the time of purchase.”

Another financial move Skoog supports is eliminating or reducing the 12% Federal Excise Tax on new trucks. “That’s the highest tax anyone pays for new products in this country,” he added. “I’d like to see it gone for all trucks. But if we can’t do that, can’t we at least remove it to help boost electric truck sales?”

And finally, Skoog said it’s time to re-examine commercial vehicle weight laws to boost electric truck sales. “We have a-2,000 lb. offset for electric trucks now,” he said. “But it’s not enough.

“In some cases, electric trucks are carrying 4,000 lb. less payload than a diesel truck.” To put that in perspective, Skoog pointed to cement mixers. “If a mixer is pouring a house foundation, that’s four loads of cement in a diesel truck,” he said. “But with our current weight laws, an electric mixer would have to make five trips to that jobsite, with corresponding losses in time, additional traffic congestion efficiency.”

To counter these problems, Skoog said he proposes a single one-to-one weight offset for electric trucks, to make sure their productivity — and ability to make money — is on par with diesel trucks.

“This is exciting technology we’re talking about,” Skoog said. “We need to take steps to make it better.” 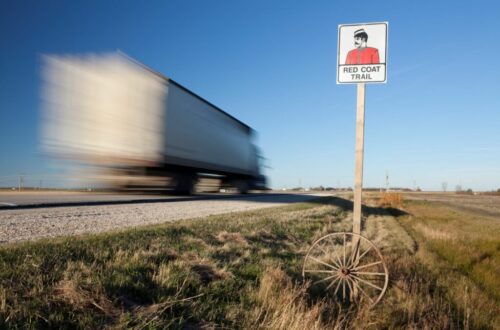 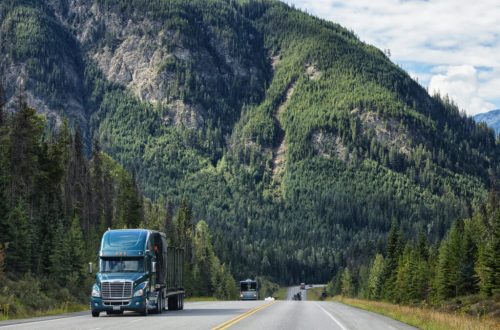