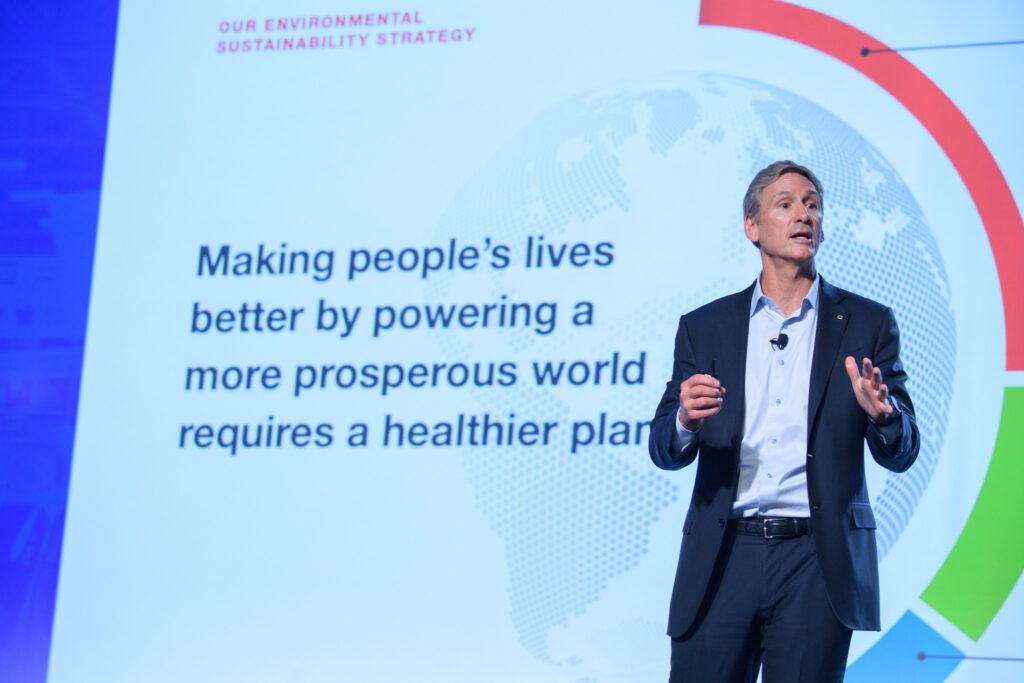 Facing a monumental task of transitioning the transport industry to zero emissions on a tight timeline, you could forgive the leaders of truck and engine maker for being discouraged — maybe even defeatist — regarding the looming challenges.

There was none of that to be heard at the ACT Expo convention in Long Beach, Calif., this week. Only determination to quickly address the imminent dangers posed by climate change – with or without pressure from regulators to do so.

‘We’ve got to get going’: Cummins’ Linebarger

“Cummins engines alone produce a measurable part of carbon in the atmosphere,” admitted Cummins CEO Tom Linebarger during a keynote speech. “To say we have a role to play would be an understatement… The existential crisis of my time is solving climate change. We’ve got to get going.”

Cummins has doubled its research and development budget, with most of the increase steered toward decarbonization strategies. The engine maker is pursuing multiple zero- and near-zero-emissions technologies, ranging from clean natural gas, to battery-electric, and hydrogen fuel cell systems.

“The truth is, we have applications that are so different that nothing about the solution looks the same,” he said of the versatility of trucking. “We are going to have a range of technologies.”

He also noted engine manufacturers must take into account the emissions created in the production of those technologies, not just tailpipe output. “We also want to make sure the customers like it enough that they’ll actually buy it. It has to do with cost, performance, reliability – and it also has to do with availability,” Linebarger said.

He envisions multiple clean technologies emerging in various market segments, and the best performers emerging as the ultimate winners. But there’s also the question of who will pay for the infrastructure needed to support such systems.

“It’s going to cost multiple trillions of dollars in the U.S. alone,” he said of fueling infrastructure requirements and doubling electric grid capacity. “I think it’s going to cost a lot of money.”

But despite those challenges, Linebarger also sees decarbonization as an opportunity for Cummins. “We are going to leap in, provide good solutions, find ways to solve these problems. And because we’re going to do it better than others, we’re going to be profitable,” he vowed.

Likewise, Mathias Carlbaum, president and CEO of Navistar, was unfazed by the transition ahead. While transport technologies are already getting cleaner, he said “this just isn’t enough.”

But becoming cleaner hasn’t been inexpensive. Carlbaum said cost-parity with diesel is needed to accelerate adoption of battery-electric vehicles. He anticipates that will be achieved in some applications quite soon. But longhaul is the segment that has the most to gain from going electric, and that technology is not yet available.

“Battery-electric is not in the game today,” he said of longhaul, anticipating that will come in about 2030. “When this point comes, it’s going to go fast. That’s where we really have major takeoff.”

And by 2030, Carlbaum expects to see “substantial mega-charging capabilities across the country.”

By 2030, he feels 60% of use cases will suit battery-electric power, and up to 20% will use fuel-cell-electric trucks, leaving another 20% to other alternative energy sources. In Europe, Carlbaum said, competing OEMs are partnering to build out electric vehicle charging infrastructure, and the same will have to happen here. Government funding will also be required as the cost will total somewhere around US$20-$25 billion.

Trucks travel some 300 billion miles a year in the U.S., which means the electric grid will also have to grow by 20% to support them.

David Carson, senior vice-president of Daimler Trucks North America (DTNA), said in his keynote that we are “beginning an entirely new chapter in our nation, our world, and our industry’s history.”

“The move to zero-emission technologies is necessary,” he said. “The effects of climate change are showing themselves in water shortages from Southern California to South Africa.”

He noted Covid lockdowns showed how quickly air quality can improve when traffic-related emissions are curbed. But of battery-electric and fuel-cell-electric trucks, he added, “the single largest hurdle in the way forward is surrounding the support system to refuel those trucks.”

“The inability for fleets to access charging infrastructure will be the single largest inhibitor to widespread adoption,” he said, adding a lack of charging stations will limit battery-electric trucks to “important but niche use cases.” 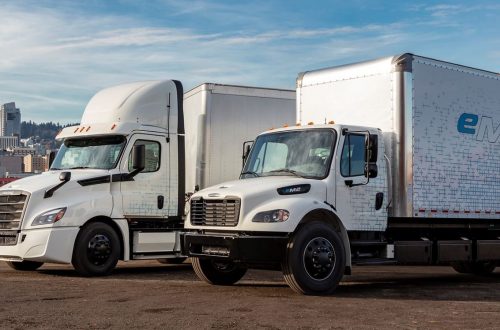 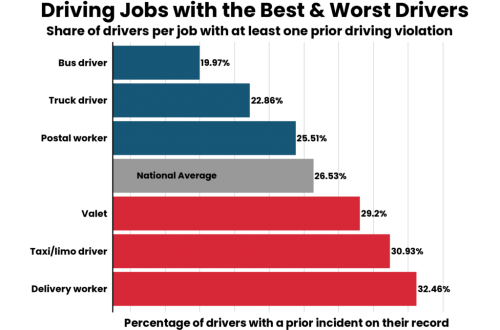 Truckers have cleaner records than many other working drivers: report