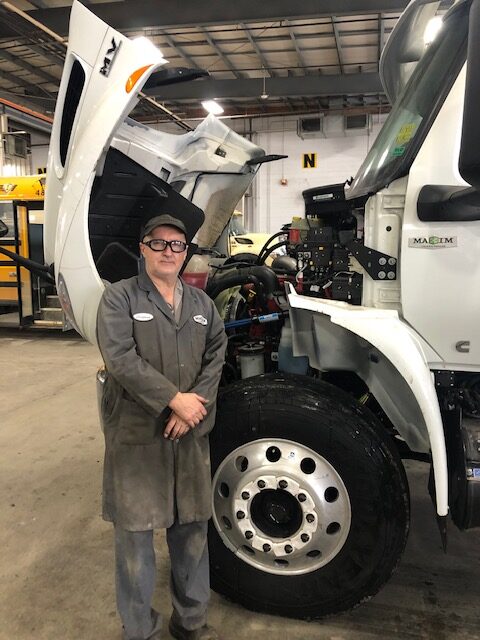 More than 15,000 people have watched as Roger Chitty carefully examines the exhaust fitting on an air brake treadle valve, explaining the importance of keeping it free of dirt and contamination. Chitty, a senior technician with Winnipeg-based Maxim Truck & Trailer, has a knack for instructing, so when Maxim decided to create a series of how-to videos for customers, he was chosen to star in them.

“This guy [is] not just a mechanic, he’s an expert,” one viewer comments. “His explanations about the air system [are] from a real professional.”

Chitty’s path in the trade took form when the British expat did his military training in the United Kingdom, with a focus on mechanical engineering. It was there that he learned the value of sharing knowledge.

“The emphasis as I went through the ranks, was always to pass on as much knowledge as you can,” he said in an interview with Truck Tech. “I hope I brought that with me when I came to this industry. It’s important for me to mentor the young guys. I actually enjoy doing it.”

After a nine-year military career, Chitty joined a DAF dealership in England where he obtained his technical certificate, but he always had an eye to moving to Canada.

“Canada had, for me, so much more to offer as a person and a tradesman,” he said.

He had visited Canada in 1968 to see siblings who had moved here about 10 years earlier.

“They all thrived,” he said of those family members who settled in Winnipeg. In 1988, Chitty and his wife took the plunge themselves and that same year he took a job with a Winnipeg Volvo dealer. In 1993, Chitty joined Maxim – then Mid-Canada Truck Services – and he has been there ever since.

“The progression over the last 10 years of electronic controls has been skyrocketing.”

The timing couldn’t have been better, Chitty said, as International was just adopting the electronic diesel engine control technologies that he had gained experience with working on Volvos. The move to electronic engine controls has only grown since, and Chitty enjoys the challenges that presents.

He refers to today’s trucks as “great big telephone systems,” where “everything is talking to everything else through datalinks.”

“The progression over the last 10 years of electronic controls has been skyrocketing,” he said. “It’s a lot of fun.”

Chitty feels fortunate because he has been around to see the progression first-hand from the beginning.

“I feel sorry for the young guys,” he said, noting that learning about the electronics from scratch can be like drinking from a fire hose. Chitty is looking forward to the next big leap – fully-electric engines – and learning how to service those trucks.

Chitty brings his enthusiasm for the trade to young technicians, and high school students who may not have considered a career as a diesel tech. Maxim works with several local high schools and Red River College to attract new talent. A curious mind and a knack for fixing things are good attributes, to start.

“I get a real kick out of taking something that won’t work and making it work again,” said Chitty. “My old teacher said that was the essence of being a tradesman – a desire to fix things.”

The opportunities in the trade are “really limitless,” Chitty said.

“I highly recommend heavy truck over any other mechanical disciplines. It’s not always super clean, sometimes it’s quite dirty, but I always found it easier working on the big stuff than the small stuff. Accessibility has become a big thing for me as I’ve gotten older.”

Another gratifying aspect of the work for Chitty, is the contribution he makes each day to helping customers achieve success.

“It really boils my blood when I have to keep a customer down for something I consider trivial,” he said. “If the truck’s in the shop, the guy’s not making money and if he’s not making money, he’s spending it with us.”

Chitty recalls a comment he received recently from a truck salesperson. “Pretty much everybody builds a decent truck these days,” he was told. “What sells it is how well we service the customers.” 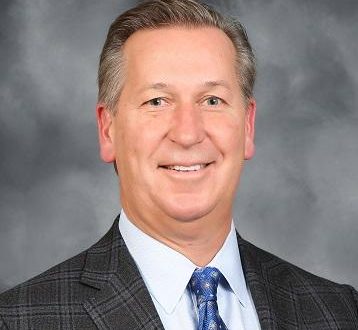 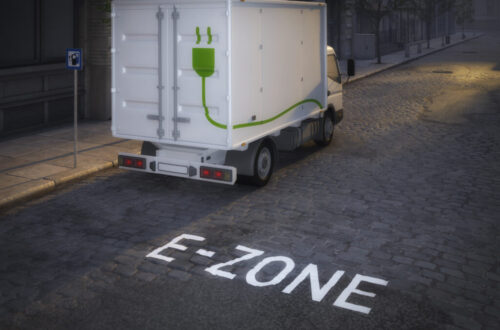