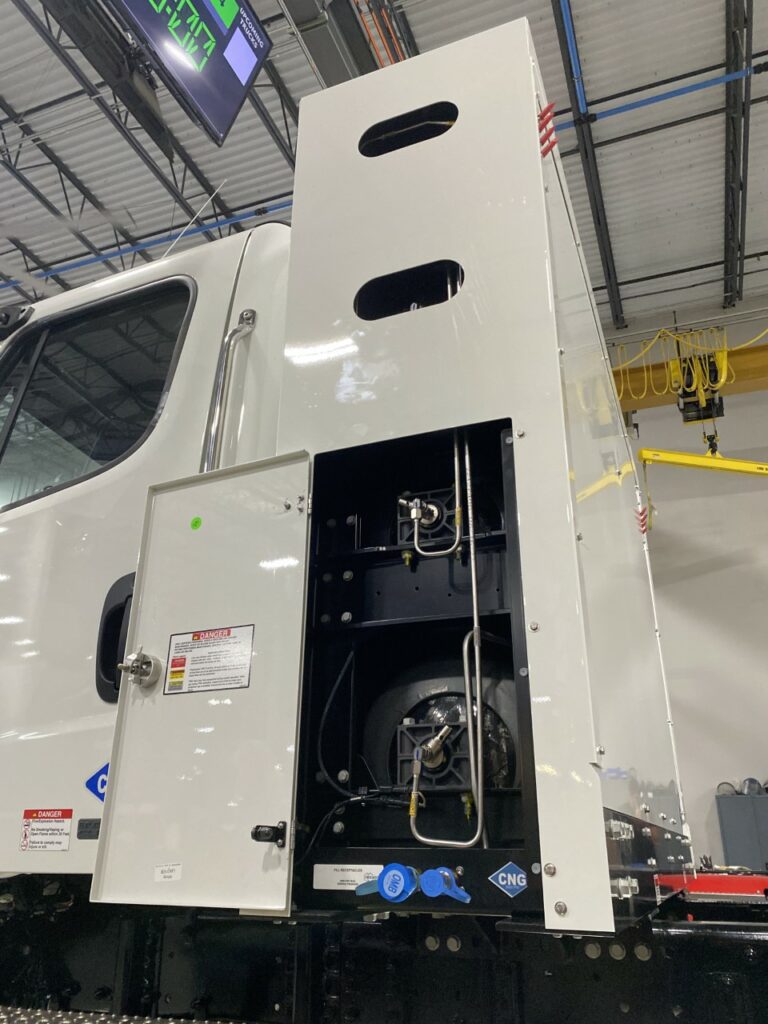 Hexagon Agility president Seung Baik shrugs his shoulders when asked why renewable natural gas (RNG) has yet to enjoy the limelight of diesel alternatives such as hydrogen fuel cells or batteries.

“I don’t know why we’re not talking about it more,” he said, during a briefing at the company’s North Carolina facility. “RNG is a solution we should be talking more about.”

There’s certainly much to like. The fuel is produced using sources such as livestock and agricultural waste (not to be confused with actual crops) and captures methane that would otherwise escape into the atmosphere. It can also be mixed into existing natural gas pipelines without sacrificing engine performance, he said.

Any truck equipped to run on natural gas can use RNG. And Hexagon produces and installs the all-important Type 4 cylinders and fuel systems on 80% of the commercial vehicles that use them in the U.S.

“The equipment is the same,” Baik added, referring to RNG and its geologic counterpart. “It’s just the molecules are cleaner.”

The equipment options are also about to expand in a significant way. Cummins’ X15N engine will deliver up to 500 hp and 1,850 lb.-ft. of torque — filling a gap in the marketplace that has existed since Westport stopped producing its 15-liter engine, and bettering the power of 12-liter engines that deliver 400 hp and 1,450 lb.-ft.

“We’re very excited about the launch of that engine next year,” said Erik Bippus, senior vice-president – sales and marketing, noting the 15-liter model could be a fit for 330,000 of the medium- and heavy-duty trucks produced for the North American market every year. Another 225,000 vehicles could be addressed using 6.0-, 6.7- and 9-liter engines.

“There’s very good infrastructure for Class 8 trucking today,” he added, referring to the pipelines themselves.

“There are no pipelines for hydrogen today.”

Compare that to the alternatives.

“There are no pipelines for hydrogen today,” noted Jon Erik Engeset, president and CEO of the Hexagon parent company. The most viable option there, today at least, is in containers trucked to a user.

The company is still preparing for what Baik describes as a “plurality” of fuels rather than a single option to displace diesel. “We’re agnostic when it comes to energy choices,” Bippus said.

But there’s no mistaking some of the benefits specific to RNG.

Wider acceptance of RNG largely hinges on a focus that considers emissions from “well to wheels”.

Natural gas-fueled trucks slash unwanted tailpipe emissions, but don’t eliminate them altogether. A well-to-wheels analysis, though, considers how the energy itself is produced.

Geologic natural gas – the type that comes from a traditional well – generates the equivalent of 543 grams of carbon dioxide equivalents per kilometer, according to research compiled by Hexagon. Replace that fuel with RNG made using manure, and the trucks actually remove 745 grams per kilometer, rather than letting methane escape into the atmosphere.

To put that into perspective, today’s diesel generates 663 grams per kilometer.

Battery-electric vehicles generate 246 grams per kilometer based on Europe’s electric grid, but the total surges to 1,069 grams if the electricity is generated at a coal-fired plant. Even hydrogen, when produced from natural gas, generates 504 grams per kilometer, although the amount drops to 10 grams if it’s made using green energy sources.

“Roughly 30 exajoules is required to meet the [global] demand. Only two is being accessed today,” Bippus said. “For the North American market there’s roughly 7 exajoules of biomass available to meet the 5 exajoule demand. And there’s not even 1 exajoule being sourced today.”

RNG accounts for more than 90% of the natural gas available for transportation fuel in California, and about half of the fuel available in other states.

In the midst of it all, regulators continue to push for greener options than diesel engines deliver today.

The fuel certainly helps overcome some of the underlying range anxiety associated with alternative energy sources. Battery-electric trucks offer ranges of 200-250 miles. Today’s hydrogen fuel cells promise ranges of 400-500 miles, or up to 750 miles when adding 100 kilograms of hydrogen. (Each kilogram of that fuel equates to a diesel gallon equivalent.)

In contrast, day cabs running on compressed natural gas (CNG) or RNG can run 850 miles between fills. Longhaul trucks with sleepers could run 1,200 miles or more when equipped with back-of-cab tanks and dual side mounts, Hexagon reports.

Natural gas vehicles admittedly cost more than diesel-powered equipment up front, but the upcharges of $40,000 to $50,000 are less than those associated with battery-electric vehicles. And the fuel costs are undeniably more stable. Hexagon calculates that fleets would realize a return on investments in two years.

The company’s interest in the fuel is understandable. It accounts for 80% of the U.S. market for the all-important Type 4 cylinders, and the larger Titan cylinders that can be carried to customers account for a “mobile pipeline” that transports 18% of the RNG used for mobility in the U.S.

But it is also a player in other energy sources. The Hexagon Purus division produces the tools to distribute hydrogen and incorporate it into fuel-cell-electric vehicles, boasting what the company says is one of the most energy-dense and lightest commercial vehicle battery systems available.

Even if you haven’t heard of the company itself, Hexagon has played a key role in several announcements. It has a multi-year deal to supply hydrogen cylinders for the Nikola Tre, and a long-term letter of intent to supply multiple Hino trucks with battery systems beginning in 2024. There are also hydrogen systems for fuel-cell-driven buses, and a global supply agreement with Air Liquide for hydrogen distribution modules.

Collectively, its systems can be found in more than 70,000 commercial vehicles – operated by fleets as diverse as Waste Management, FedEx, UPS and Frito Lay — and it has more than 1,700 mobile pipeline modules around the world.

The company continues to grow as well. Rapidly. The manufacturing facility in North Carolina has already marked up plans to expand its footprint. An automated facility in Kelowna, B.C. – home to an engineering center that has developed battery packs — will by this November begin producing battery and hydrogen storage systems. And a plant in Lincoln, Neb., continues to spin composite threads into cylinders.

Its 1,700 employees are spread across 14 production facilities and nine other locations globally, many drawing on deep corporate roots in composite materials.

“Type 4 is really about winding,” Engeset explained, referring to the way strands are wrapped to create the cylinders. He likened it to wrapping rope around a balloon – but one that could be filled with hydrogen and needing to withstand pressures up to 1,000 bars.

“People who don’t understand this product in detail will make the mistake, maybe of thinking of it as a commodity. But it’s really an extremely challenging product to produce repetitively and with the necessary safety,” he said. 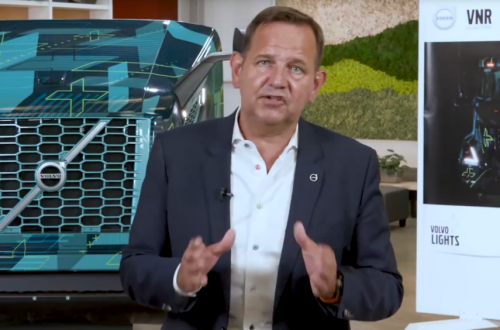 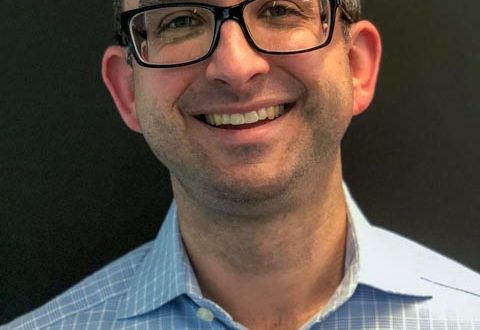 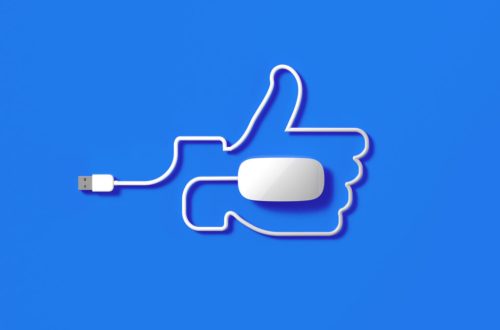