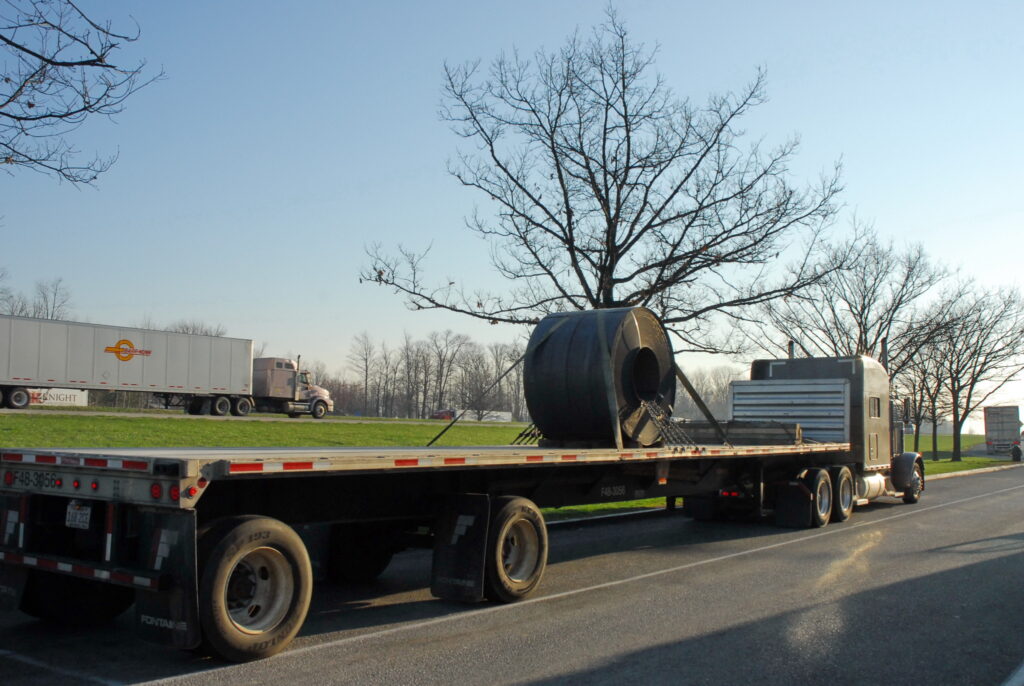 Half the fun of learning about hauling flatbeds is learning the lingo. There are all sorts of names for the same piece of equipment, and these vary depending on where you are in Canada.

Westerners have different names for flatbeds and cargo securement equipment than easterners (I’m from the east, as you can tell). Flatbeds are also known generically as open-decks or flat-decks, and there are specific names for certain types of trailers, such as tallboys, highboys, lowboys, and double-drops. You can always tell a rookie from a veteran — or someone from eastern or western Canada, or the U.S. — by how they refer to their equipment.

Kidding aside, drivers who haul open-deck trailers will often say they enjoy the challenge of loading stuff and getting it properly secured. But they lament having to do it outside in all kinds of weather — rain or shine, from minus-30 freezing prairie winters to plus-30 sticky southern Ontario summers. It’s physical work. It can be dirty, and it can be dangerous if you don’t take proper precautions.

Then there are the rules: Canadians call them National Safety Code Standard 10, while they are known as the Cargo Securement regulations south of the border. Drivers are expected to be familiar with the rules generally and to comply with the specific rules pertaining to the commodity they move. Difficulties arise when U.S. and Canadian regulations conflict. Despite years of research that led to jointly developed regulations and protocols for each country, there are differences in interpretations and applications of the rules. Most of the variances are fairly well known to drivers and carriers, and strategies exist for ensuring compliance with cross-border moves.

That said, each year dozens of queries are brought to the North American Cargo Securement Harmonization Public Forum for resolution. These are questions of interpretation or application raised by inspectors, carriers, drivers, shippers, and equipment manufacturers.

For drivers, the cargo securement rules and regulations guide how to secure specific commodities and offer general knowledge and principles for securing cargo not specifically addressed in the regulations. In other words, drivers can’t get away with tossing a bunch or straps or chains over a piece cargo and hoping for the best. Drivers need to be familiar with the requirements that were developed to ensure cargo remains secured to the trailer. There’s much to learn there.

A day in the life

Being reasonably physically fit for this job helps. Drivers scramble up and down, on and off the trailer while loading and securing the cargo, so being limber enough to do that is useful. A lot of older flatbed drivers will tell you their knees are shot from jumping off the trailers rather than using ladders of some other means of getting up and down.

Health and safety reps constantly warn against that but drivers, being human, often choose the path of least resistance. Falls from the trailers are a constant occupational threat, too. It’s all too easy to get your feet caught in a cargo strap or length of chain, or trip over a stringer or an errant bit of cargo. More than a few flatdecker careers have ended in a heap on the ground. You really need to watch your step while on top of the trailer, especially when the deck is wet, snowy or icy.

Equipment checks are a necessary part of the job, as cargo securement devices are constantly scrutinized by roadside inspectors. Straps and chains are required to bear markings that indicate the working load limits of the product as well as the manufacturer’s name. In the case of cargo straps with sewn-on labels, if the label goes missing or becomes frayed and illegible, U.S. inspectors will down-rate the strap. Canadian inspectors will zero-rate it.

The same goes for chain, load binders, and even the tiedown points on the trailers. The regulations detail what must be visible to inspectors, and they also describe any potential out-of-service conditions. Drivers arriving at a loading site with damaged or inadequate equipment will probably still be loaded, but the load could be delayed enroute if the equipment is inspected and found wanting.

Part of the job description is knowing what constitutes a substandard bit of gear and knowing when to replace it.

And obviously knowing how to handle the various tiedown requirements is a big part of the job.

Flatbed jobs run the gamut from nice and predictable to a new and exciting mystery every day. If you hire on with a company specializing in steel coils or lumber, for example, that’s what you’ll be hauling every day at least one way. The odd curve ball may come your way in the form of a backhaul.

Less dedicated flatbed companies will see a mind-boggling variety of freight, from lumber and steel coils to machines, structural steel, heavy equipment, aircraft parts, steel or PVC drainage pipe, shrink-wrapped pallets of freight … There’s no end to what can be loaded onto an open-deck trailer, which means drivers somehow have to figure out how to secure it.

There are many peculiarities in the regulations that, if out-of-service and citation statistics are to be believed, drivers either don’t get or simply forget while they are loading. For example, the rules say an article of cargo up to 10 feet long requires two cargo straps, and at least one additional strap if the article is more than 10 feet long – unless forward movement is prevented by a headboard, bulkhead, or another piece of cargo. This means that cargo 10-feet, 2-inches long requires at least three straps if it’s standing alone. Inspectors have tape measures and they love to use them. Drivers, the stats suggest, do not use them, or simply don’t bother.

It’s just one of the little traps that ensnare drivers all the time. There are dozens more. It’s all part of understanding the rules and the cargo securement requirements. It goes with the territory. Drivers considering a move onto open-deck equipment should weigh their willingness to dig deep and understand the rules against what might be a more haphazard approach to work. You really do need to know what you’re doing with open-deck equipment.

Out in the field

For flatdeck owner-operator Greg Decker, the real learning began once he was out on the road. He says the company, Mullen Trucking of Aldersyde, Alta., put him through a three-day course on cargo securement basics before sending him out with other drivers for what could be called on-the-job training.

“I was brand new at this when I started, so I made a point of reading everything and really getting my head into it,” he says. “The real learning began watching the other drivers and asking questions.”

While watching some of the veterans work, Decker noticed that some of them were doing things contrary to what he had learned in class. Naturally, he started asking questions and soon realized that some of them had developed some bad habits. There were a few examples, he says, where they thought the U.S. and Canadian rules were the same.

Decker hauls a lot of machinery and construction equipment on dropdeck and lowboy trailers, which add another dimension to the job. He says drivers won’t find explicit instruction on how to secure equipment in the regulations, like they would for a load of steep pipe or lumber. You often have to ask how they want it done unless the tiedowns points are clearly marked.

“If it’s a really specialized piece the company will often send a representative to the loading site to ensure it’s secured properly and the equipment won’t be damaged,” says Decker.

Asked for his advice or recommendations for drivers contemplating a move to opendeck equipment, Decker says drivers need to be slow and deliberate about how they do the work and always ask questions if even slightly unsure about something.

“Even with something relatively straightforward like a load of pipe or a load of lumber, you have to make sure it’s put on the trailer properly for weight distribution,” he says. “Then you have to mentally go through the tiedown requirements – minimum number of tiedowns, properly placed … Make sure all your equipment is properly marked and rated for the task, and finally, that you’ve secured it properly.”

With dry vans, once the doors are closed you can mostly forget about the cargo. It’s different with flatbeds. It’s all out in the open for all to see, and mistakes or sloppiness can come back to bite you pretty quickly. Decker says loads can shift a little once the trailer begins to flex in corners and on uneven road. That can cause the tiedowns to slacken or over-tighten.

“It’s important, vital really, to check the load frequently to make sure everything is where you put it,” he says. “Straps can fray and break, come loose.

“You need to stay on top of that. I’d say that’s the biggest difference between vans and flats. You’re thinking about the load all the time.”

If that’s the kind of driver you fancy yourself to be, open-deck trucking might be just the challenge to keep the job interesting and engaging. The pay is usually a bit better, too. 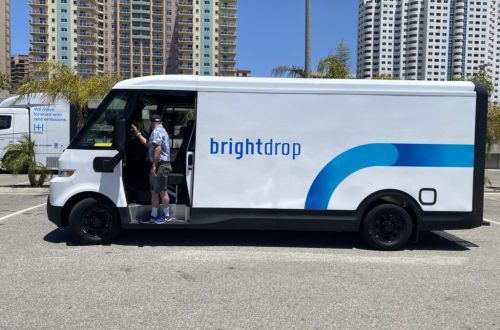