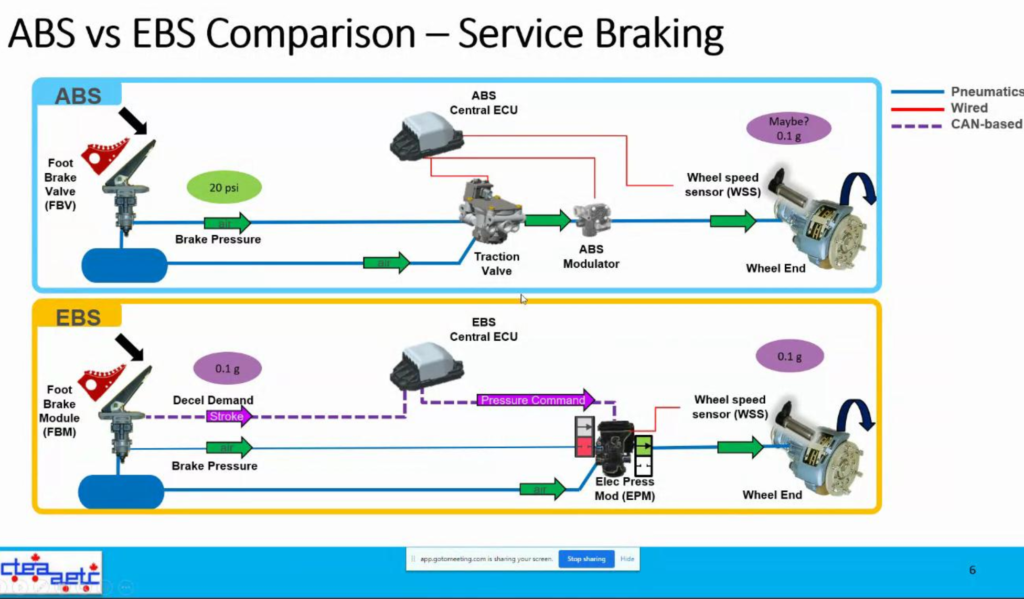 There appears to be no stopping the gradual march toward electric and highly autonomous trucks, but one of the related changes could involve the brakes that bring such vehicles to a stop.

Electronically controlled braking systems (ECBS or EBS) – the brake-by-wire systems that are commonplace in Europe – promise to enhance stability controls and better support the regenerative braking that feeds batteries.

“ECBS is expected to be one key enabler for [SAE Level 4 to Level 5] trucking automation because it brings all the brake management together under the stability control.”

Plenty of benefits would come along for the ride. Such systems deliver better trailer stability, reduce delays with the help of electronic brake signals, and better distribute brake forces than air-based systems. The feeling at the pedal could even be configured in the name of comfort.

Depending on the test, Haldex has seen EBS equipment reduce stopping distances by as much as 10% when compared to air-braked counterparts.

“It’s a dramatic change if you compare to the pneumatic brake control,” Hahn says, adding that the systems have proven themselves in close to 8 million vehicles.

Many of the benefits come courtesy of the electronic pressure modulator (EPM) at the heart of the systems.

“This EPM is an enabler for a lot of the EBS capabilities,” explains Rick Romer, Bendix director – technical sales.

Consider the difference between an application using pneumatic brakes, and one that relies on EBS.

When a driver puts their foot to the brake pedal on an air brake system, an air signal is fed through a relay valve and ABS modulator on its way to the wheel end. Each axle receives an identical pressure.

In contrast, the EBS sends an electronic signal to the ECU, which delivers a specific pressure command to the EPM that blocks the air and determines exactly how much braking force to apply at each axle.

This addresses some common limitations with air brakes, such as a trailer that pushes or pulls a tractor depending on how the combination is loaded.

“The EBS system will control the pressure at each individual axle,” Romer says. “Coupling force control functions can increase or decrease the brake pressure to the trailer – within limits.”

There are potential benefits for manufacturers, too.

“They’re actually easier to install,” Romer says, referring to a reduced number of individual components needed for an EBS setup. “It also allows the ability to use similar components for different vehicle configurations.”

Another benefit when combined with the broader electrification of a truck can come in the form of regenerative braking. The brake controller coordinates the motor and foundation brake torque.

“When additional braking is needed, then the foundation brakes are activated to apply an additional amount of pressure,” Romer says. “EBS coordinates the overall torque between the regeneration and the friction sources.”

The efficiencies don’t end there.

“The pneumatic system needs about 2-1/2 times more energy from an efficiency stackup,” Gregory says, referring to the compressor as an energy hog as the air is compressed, vents to the atmosphere, and the cycle repeats. “From an electro-mechanical brake perspective, we see a lot of efficiency gains to be had when working with electric storage.”

There would be overall savings in the charging costs for electric vehicles as well.

But don’t say farewell to tractor compressors just yet. Today’s air-braked trailers will still be around for years to come, and that will require a compressor on the tractor, Gregory notes. But maybe it can be smaller. A 3 hp compressor might work with EMB.

“There’s still a chance for reduction,” he says. 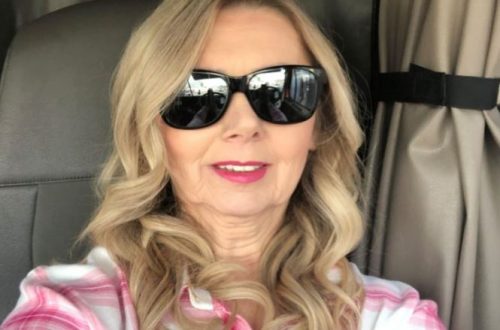 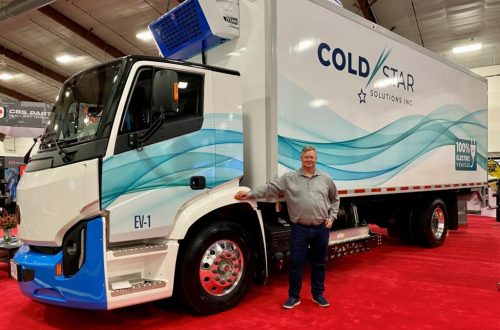 “Tell Us ‘Our’ Story”: “How has TRB helped enrich your professional life?”