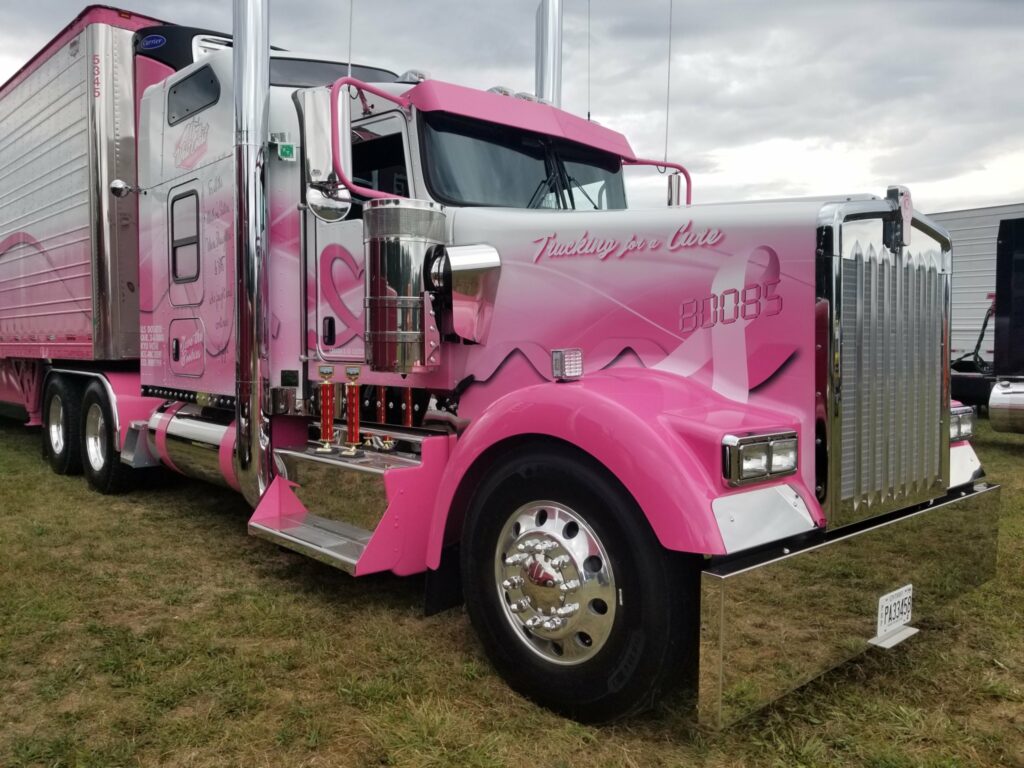 When Eva Knelsen delivered to London, Ont.-based West Coast Transportation, she was asked to back into a notoriously tight dock. Kevin English, the owner’s brother, watched with some apprehension as she backed it in square on her first attempt.

He offered her a job right then and there. The first truck was a burgundy and white Pete 579, with an interior that was decked out in pink.

“Nobody else wanted to drive it,” Knelsen joked. When it was time to trade it in, English decided to purchase a breast cancer tribute truck in honor of his girlfriend’s late mother – a pink Kenworth W900.

“One of the first things I said to him when he was spec’ing the truck was, I don’t care what you put in it as long as it’s not an automatic we’re good,” she said.

And that’s how Knelsen came to criss-cross North America in a bright pink W9 for West Coast Transportation.

“I owe everything to them,” she said. “They gave me a shot when I didn’t have any experience.”

She grew up on a farm in Tillsonburg, Ont., and developed an interest in trucking as she watched the trucks and come and go. That interest was enhanced when her brother got his licence at the age of 20. She went on a couple trips with him and realized it’s what she wanted to do.

“Growing up on a farm, I always saw trucks coming in and out of the farm and thought that would be awesome. I went with my brother a couple times and that grew my love of trucks even more,” she said.

The career has lived up to her expectations. Knelsen, who goes by Driverette on social media, said “My favorite part of the job is being able to see two countries. The views and the scenery you see – every day it’s a different view from the office, so to speak. And you get paid really good to do it, too. It’s like your vacation is being paid for.”

But that’s not to say it’s easy. “My least favorite part is when I’m stuck in the middle of nowhere, with no cell service and it’s -30C and I’m trying to change a fuel filter,” she added.

The pink W9 gets a lot of attention, as well.

“When I first started there were not very many women out there. Now you see women everywhere driving truck and it’s awesome.”

The truck, and the original pink truck that preceded it, have been used to raise nearly $20,000 for the cause through the annual Trucking for a Cure convoy in southern Ontario.

Knelsen’s trips usually see her traveling to California, delivering medical supplies west and returning with produce. She’s been driving nearly 14 years now, having begun her career behind the wheel at age 22. Early on, she admitted people were taken by surprise.

“In the beginning of my career, people saw this five-foot-nothing girl driving truck and men thought they could walk all over me,” she said. “But men don’t treat me that way anymore, they treat me the same way they would any other driver.”

She said this could be due to the respect she’s earned in her 14 years on the road, and also due to changing attitudes.

“When I first started there were not very many women out there,” she said. “Now you see women everywhere driving truck and it’s awesome. Men know that and it’s growing, so I think they’ve kind of gotten used to the idea of women out here as opposed to when I first started and they were very far and few between, especially in longhaul.”

She encourages young girls with an interest in trucking to pursue their dreams, as long as they don’t mind the solitude that goes with it.

“If you know how to be alone a lot, this is a great industry to do it in,” she said. “If you can do that, you can pretty much conquer anything. I wouldn’t do anything else.” 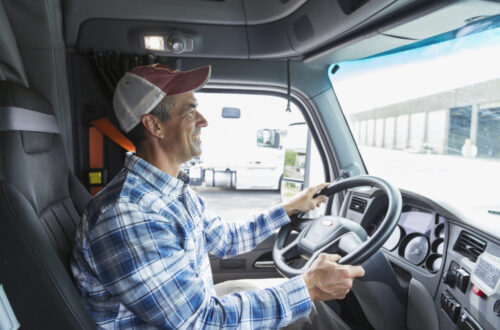 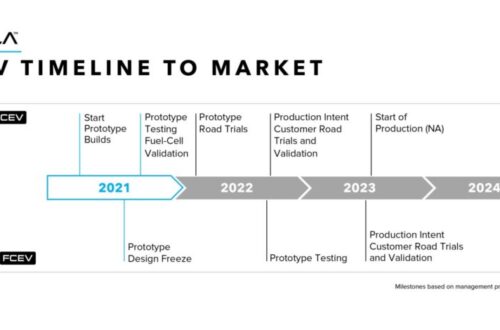