Hopes were high here, back in 2006, that a then-new 15-liter engine powered by liquified natural gas would become a viable alternative to diesel for Canadian operators. Those hopes were dashed just five years later when Westport ceased production of its 15-litre high-pressure direct injection (HPDI) engine. But Canadian fleet operators now have another reason to be optimistic: Cummins’ X15N, the 15-litre natural gas engine the company announced last October.

Cummins says the engine will be available to Canadian, American, and Mexican fleets beginning in 2024. Sometime after that, it will be introduced to certain South American markets as well.

The 15-liter engine is currently in production and fleet service in China. North-Americanization of the engine is already underway, and Cummins plans to start building them in Jamestown, New York, starting in 2024. With all that going for it, if only on paper at this point, Cummins got more than 400 demonstration requests from fleets immediately after it announced the engine.

“For some fleets, the 12-liter engine just didn’t have the power they needed.”

“Our phones started ringing the day we announced the X15N,” says Puneet Jhawar, general manager of Cummins’ global natural gas business. “Our existing customer base was very enthusiastic about it. We also saw a phenomenal response from people who had probably looked at natural gas at some point in time but then moved away from it.”

There was also significant interest in the engine from fleets that had never looked at natural gas.

Daniel Goyette, founder and president, C.A.T. Inc., is pretty excited about the X15N. His fleet has been using natural gas for some years now with mixed but mostly positive results. He says natural gas will be his fuel of choice for years to come.

“The 12-liter engine has been good for us in the U.S.,” he says. “It’s a little weak for some of the lanes, but we keep them on the lanes where they perform and there is fuel available. The availability of public fueling stations is improving, and this new engine should open up more lanes for us.”

Canadian fleets will be eyeing lanes now serviced by tri-axle equipment. Cummins has said the X15N will be suitable for gross vehicle weights up to 115,000 pounds. With ratings of 500/1,850, there’s bound to be some interest in pushing the upper GVW limit.

According to Enbridge, the principle natural gas supplier in Ontario, the public fueling network is now firmly established along the Hwy. 401 corridor between Sarnia/Windsor, Ontario, and Trois Riviere in Quebec. There are several fast-fill (80% fill) stations throughout central Ontario, and three stations are soon to be built along Hwy. 11 in Hearst Long Lac and Cochrane in Northern Ontario.

“There’s more still to unfold with some partnerships between Enbridge and other players.”

And, of course, that doesn’t include the legions of filling stations available in Western Canada.

“That’s not to say that everything’s perfect, we have some infill left to accomplish,” says Tariq Qurashi, Enbridge business development specialist – alternative fuels. “There’s more still to unfold with some partnerships between Enbridge and other players in the industry over the over the coming years.”

“They’re not perfect, but I guess what I’m saying is between the existing card lock stations and the waste management stations, we have ways of getting gas to fleets that want to be early adopters, Qurashi adds.

Not just a bigger 12-liter

So, what’s the 15-liter engine all about? It started as a clean sheet. Probably the pivotal point about the engine platform is that it will eventually be able to run on hydrogen and diesel as well as natural gas. The hydrogen version is planned for 2027, with the diesel version coming sometime after that. The company will phase out the existing X15 diesel at that time.

The goal from the start, Cummins says, was to create an engine that could be manufactured at a global scale to keep engineering and production costs down, while retaining the flexibility operate on three different fuels. As Jhawar puts it, almost everything below the head gasket will be a common architecture. That provides the manufacturing scale as well as easing the installation challenges for OEMs.

“The OEMs are putting a lot of effort into trying to integrate new technology into their products,” he says. “Hopefully this helps them get a clearer path so that they can start with natural gas and then transition to hydrogen with less engineering effort.”

The top side of the engine will be fuel-specific, and for a number of reasons, not interchangeable by the customer. Natural gas, hydrogen, and diesel require different combustion strategies and therefore different cylinder head and air management designs.

There’s also the issue of certification. Some of that comes at the chassis level, so customers will have to spec’ the fuel of their choice and stick with that for the life of the vehicle.

Is 15 liters too much engine?

As Dave King, Cummins’ on-highway product manager for natural and renewable gas engines points out, displacement probably isn’t the key feature to focus on with this new engine. He says displacement is often used as a proxy for power, but he prefers to talk about being able to provide the power and the torque the mission needs, in a package that fits the vehicle without adding weight.

“Anyone who is comfortable with that amount of power will still be able to get it,” he says. “Very few of our current natural gas customers spec’ anything less than that, but they would probably choose higher horsepower and torque for some applications if we had it. That’s where the 15-liter is going to satisfy or even delight them.”

The ISX12N is not without its share of baggage. One would be within their rights to ask how the new platform will perform and whether those older issues have been resolved. Cummins sounds quite confident that what bugged users in the past will not carry through on the X15N.

“Every time that we launch a new engine, we learn from our mistakes,” Jhawar told TruckNews.com. “Our customers have told us a lot of things. We’ve heard them, and our engineers have spent the time and made sure that, all through our analysis, we’ve not seen those problems in the testing we’ve done so far.”

There are two aspects that differentiate natural gas engines from diesels: they run hot all the time, and the prescribed maintenance intervals are not guidelines. It’s known that some fleets have taken liberties with oil and spark plug changes, and that has come back to bite them. This can leave prospective customers with the impression that natural gas engines are more difficult to maintain, or perhaps more costly. That may or may not be universally true, but King says Cummins is taking steps with the X15N to align certain maintenance procedures to reduce vehicle downtime while designing in some additional durability.

“We are working to have alignment on spark plug and oil drain intervals, and we’re working to extend those intervals further than we have with the 12-liter,” he says.

On top of that, the oil pan has a larger capacity than the previous design, which lends itself to better thermal control of the oil and extended drain intervals. And while it may seem like a small detail, Cummins will be referring to those service intervals in miles rather than hours.

“We talk a lot about hours of operation because many of our applications have historically been vocational types with a lot of stationary time,” King says. “When we had applications that ran highway miles, the hour measure for service intervals became challenging for those customers. We’re being very cognizant of that with this product to talk about service intervals in terms that our diesel customers are comfortable with.”

Cummins and Valvoline have also developed an engine oil, Premium Blue One Gen2, that can be used in diesel, natural gas, and gasoline engines to avoid mix-ups in the shop.

RNG is formed when biomethane from decomposing organic matter such as cow manure or landfill waste is captured, treated, and placed into the natural gas network. That process is a story for another day, but in short, the reduced and even negative carbon intensity of such a fuel is (or should be) impossible to ignore.

Where does that leave the X15N?

Cummins’ Jhawar says customers have been asking for a 15-liter natural gas engine for more than 10 years, but the engine maker held out until they believed the market was ready for such an engine. The business case for the X15N is much clearer today that it would have been in the past. Previously, high diesel prices helped drive demand for natural gas, but with today’s push for lower — if not zero — carbon emissions, it’s a design whose time has come.

Higher acquisition costs have limited the uptake of natural gas engines, but the increasing complexity of diesel engines will drive costs up, narrowing the gap with diesel. Jhawar says the cost of the X15N will be competitive with a similar diesel engine.

And Cummins is confident that drivers will be much happier with this one. The company is planning to fully integrate the engine and the Eaton-Cummins Endurant transmission, which, if the author’s experience is anything to go on, will markedly improve drivability. And who can argue with 500 horsepower and 1,850 lb-ft, no matter what fuel is making it?

Still, there are those that insist on calling natural gas — apparently ignoring the benefits of RNG — a bridge fuel. To that, Jhawar says, “I don’t like that term.

“That bridge could be anywhere as long as 10 to 15 years,” he says. “I think by the time the hydrogen infrastructure and electrification infrastructure happens, it’s a long, long way to go.” 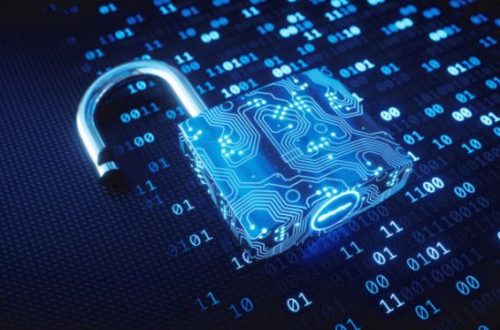 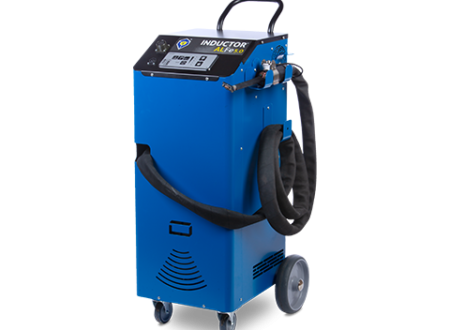 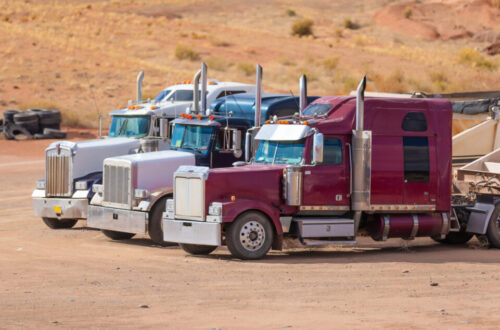