It’s been almost 25 years since Skynet first became “self-aware”. The fictional computer began making its own decisions at 2:14 am Eastern Time on Aug. 29, 1997, to be precise. That’s what the Terminator movie franchise taught us. Killer cyborgs followed. Arnold came back.

Despite what scriptwriters suggest, self-learning computers – specifically the machine learning (ML) and artificial intelligence (AI) that guide the decisions – are hardly the enemy. If anything, their digital insights already support trucking-specific activities.

Today’s OEMs are actively crunching sensor data to guide engine software updates and refine maintenance programs. Advanced driver assistance systems combine readings from several sources to decide if vehicle following distances are uncomfortably close. Locations, routes, and available Hours of Service are combined to match loads to trucks. Then there are the emerging autonomous vehicles that place computers in the driver’s seat.

Several Canadian start-ups and established businesses alike have been building on the possibilities.

BlackBerry, for example, is partnering with Amazon Web Services (AWS) to develop the BlackBerry IVY platform, which will pull together the varied forms of data from vehicle sensors that often package information in different ways. Another service known as Pitstop is using telematics data to build predictive maintenance programs for fleets, while Bluewire is using AI to monitor online reputations before fleets find themselves in collision-related lawsuits. And NuPort Robotics is retrofitting highly autonomous trucks that will move freight along the so-called “middle mile” connecting warehouses and distribution centers.

Thank evolving telematics systems, and even the introduction of electronic logging devices, which generate the data that can be applied everywhere from the truck to the fleet office.

“There is AI for an individual truck, which could involve anything from vision systems and autonomous driving, to predictive maintenance. And then there is AI related to fleet operations, which could involve everything from route optimization to an electric vehicle suitability assessment,” says Mike Branch, vice-president – data and analytics at Geotab, headquartered in Oakville, Ont.

Several advances have come together to make it all possible.

Branch refers to the “increased democratization” of big data. Massive cloud-based data warehouses like BigQuery and Snowflake are more widely available, as are ready-made AI tools like AutoML, helping to bridge the gap between advanced AI practitioners and traditional software developers. Add to all that the advances in connectivity, complete with the emerging 5G that will better provide more data in real time.

Video feeds have introduced yet another layer of information. Cameras can record speed limit signs, leaving artificial intelligence to identify the posted speed, compare that to the vehicle speed, and even trigger an advanced driver assistance system to back off the throttle.

Trucking-related telematics systems originally focused on “descriptive” data, explains Sandeep Kar, chief strategy officer at Toronto-headquartered Fleet Complete, which connects internet-based systems to support everything from dispatching to compliance activities. The early data addressed questions like where a vehicle was located, and whether a load arrived at a specific time.

Evolving digital tools have seen a shift toward prognostics. In other words, they’re leading to the intel that predicts when an engine or some other component will stop performing as it should. That way maintenance can be scheduled before a breakdown actually occurs.

“We can create certain data models, and on that data model, apply artificial intelligence and machine learning techniques and technologies to predict an outcome,” Kar says.

There is an important difference between the two. Artificial intelligence is a broad concept that includes systems which base decisions on pre-programmed algorithms. Computer programmers need to point the machines in a particular direction. Pure machine learning leaves the machine to crawl through the data and identify trends on its own.

But one thing is universal. Evermore data can solve increasingly complex challenges.

It’s one of the reasons NuPort Robotics is focusing on specific middle-mile journeys when developing its highly autonomous vehicle systems – currently being tested by a pair of Canadian Tire trucks — rather than trying to build a system ready to work on any route, anywhere.

“The AI has less edge cases. It’s more predictable,” co-founder and CEO Raghavender Sahdev explains, referring to the advantage of clearly defined routes and settings. The lessons learned on a Toronto highway, for example, may not directly apply to another setting like Chicago, he says. The people traveling down a designated highway may be more predictable than those weaving through downtown traffic. “Any company that runs over short distances is our sweet spot.”

“Autonomous driving, that will change everything,” Kar says. “The moment you bring that technology and make it mainstream, what you’re doing is you’re creating some really profound changes … The advent of autonomous driving is going to be that inflection point for so many different technologies and business models in trucking that we used to really talk about.”

When a situation is defined clearly enough, artificial intelligence can outperform a human doing the same task, Sahdev insists. A calculator is a perfect example. It’s tough to match its speed at crunching numbers because the tool is designed specifically to support that task. But the calculator wouldn’t be much help when asked to deconstruct a sentence.

“I don’t think AI will replace people by any means, but it will make them more accurate,” stresses Scott Sutarik, vice-president of commercial vehicle solutions at Geotab.

The Canadian-based telematics giant clearly sees the growing value of such systems, though. When he joined the company in late 2015 it had a single data scientist. Now there are more than 80 of them on the job.

Artificial intelligence can already spot emerging challenges with vehicle electrical systems to an accuracy in the “high 90s”, Sutarik says, referring to gains that have been realized in recent years. That is partly because the various 12-volt systems share so much in common. The lesson from one vehicle can largely be applied to the next.

He expects tires to be the next big focus for trucking-specific AI, as more data is pulled from tire pressure monitoring systems. Add the data from another layer of sensors and there are even deeper insights to be had.

There’s an awful lot of data that can be gleaned from that [truck] accelerometer,” Sutarik says, referring to the jarring forces of every pothole. Combine that with details about a gradual drop in tire pressure, and the tread depth measured the last time the truck was in the shop, and the AI might call for the tire to be changed a little earlier than planned — and before a failure.

Pitstop CEO Shiva Bhardwaj insists there’s a role for third-party service providers in the truck maintenance space, even though OEMs are harnessing the same data to develop their own predictive maintenance programs. It’s because the priorities of a truck maker and individual fleet don’t always align. Fleets often mix equipment with different nameplates, too.

One of the bigger challenges in the process involves combining data from different sources. Telematics providers like Geotab and Samsara all stream their data in slightly different ways, he explains. Details like vehicle speed might be shared at a different frequency. And where one vehicle might deliver information about engine temperatures every 10 seconds, the next might send it through every minute. At what point is an algorithm satisfied that it should trigger a warning?

Today’s AI-driven solutions have access to a growing array of sensors as well. Bhardwaj points directly to trailer telematics systems for an example of that. And emerging electric vehicles will come with more onboard software than ever before, to manage decisions like charging times. “These kinds of analytics will be table stakes – absolutely required,” he says.

But there is still plenty of information to be mined from the sensors already mounted on a modern truck, he stresses, referring to those that monitor electrical systems, engines and transmissions. “Those are all systems that can be analyzed with no additional sensors.”

“The more data you can feed to a machine learning system, the better,” Kar says. The promised applications seem endless.

There are practical limits to consider, though.

“Not every piece of metal in the vehicle is connected with a sensor,” Bhardwaj says. And even though a sensor could be embedded into a frame to measure flexing metal, there are likely other issues and systems causing more downtime.

There are limits to the number of sensors that make sense, and at some point systems would become too costly, Kar says. “Some sort of aggregation will happen, where only mission-critical information goes to the end user.”

“Part of the limitation is customers being able to effectively implement an AI solution,” adds Christoper Plaat, senior vice-president and general manager of BlackBerry Radar, a trailer tracking and monitoring system. “There are struggles in trucking being able to take in very complex solutions that are difficult to implement.”

Even when presented with the right AI-generated information, fleets still need to be in a position to make the operational changes that put the data to work, he says. It’s one thing to know an asset isn’t being properly utilized, but is that issue caused by customers, drivers, poorly managed maintenance issues, or some other third party?

Plaat still sees opportunities for the future, though. He describes how AI might someday build on tracking information with economic details like sales forecasts and macroeconomic data. If a canal is blocked somewhere in the world, such a system could project when backlogs might emerge at different ports, and then relocate trucks to be ready when the freight is there to move.

Fleets, for their part, will also need to be able to trust the computer-generated conclusions.

“Trust is the most important thing with these prediction models,” Bhardwaj says. It’s not unlike a weather forecast. The meteorologist is not always right, but the forecast offers a sense of what will likely happen. Whether you pack an umbrella or not remains a matter of choice, weighing the acceptable risks.

An AI-driven maintenance program might identify when a bulb is expected to fail. It will be up to the fleet maintenance teams to decide when to replace it.

Says Bhardwaj: “How do we fit into their existing workflow, not cause this additional pain?” 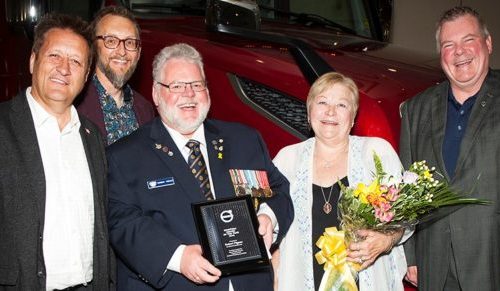 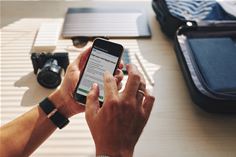