Loadlink Technologies reported total loads were flat from May. Daily loads were down about 9% but total volumes were boosted by the additional business days in June. Year-over-year, June loads spiked 53%.

“Following a strong quarterly showing, the second half of 2021 brings signs of optimism as loosening border restrictions and positive developments on the pandemic front will inch Canada slowly closer to a return to normalcy,” Loadlink said in a release.

June volumes reached their high point at the end of the month.

Second quarter load volumes were up 10% from Q1, marking the second highest second quarter volumes in history behind Q2 2018. Loads were up 91% from Q2 2020. Equipment volumes also climbed in the second quarter, up 11% from Q1. But the truck-to-load ratio was virtually unchanged from the first quarter.

Domestic load volumes dropped 3% in June but were up 51% year-over-year. The truck-to-load ratio increased 9% in June, with 2.68 trucks per load versus 2.47 in May. 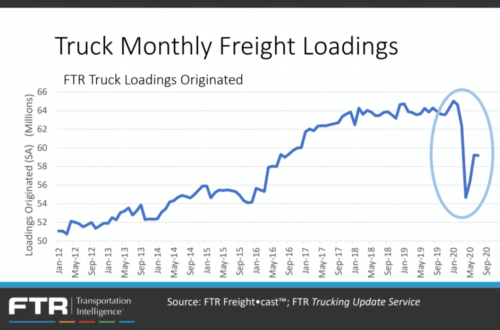 Truck tonnage slips due to lack of capacity 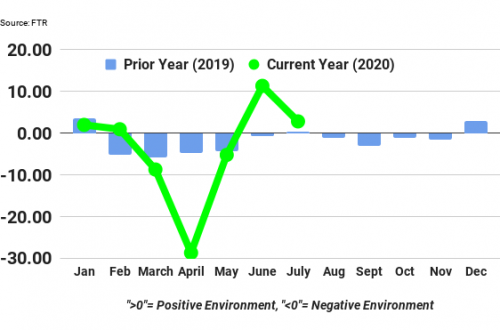