ST. JOHN’S, N.L. – Hundreds of people including truck drivers have signed a petition demanding the quick processing of their permanent residency applications filed under the Atlantic Immigration Pilot Program (AIPP).

The campaign, on the petition website change.org, was launched last week by Fred Bee, a health-care worker based in Newfoundland and Labrador.

Bee, who has yet to submit her application, told Today’s Trucking that she wants to get “a good timeline” before applying so that she won’t be caught off guard.

“I have a two-year contract. IRCC (Immigration, Refugees and Citizenship Canada) has indicated that if your contract expires in the middle of your application, or if you lose your job, it’s over,” she said in an interview from St. John’s.

“While many AIPP applicants understand the situation at hand, the general complaint is that IRCC has not reached out to many clients since March on the state of their application,” her petition said.

The petition has been mailed to a number of government officials including Immigration Minister Marco Mendicino, she said.

In an email to Today’s Trucking, IRCC blamed Covid-19 and other external factors beyond its control for the service disruptions.

“In the face of so many challenges, IRCC has made great efforts to adapt,” it said.

“No application in progress will be closed or refused as a result of ongoing service disruptions related to Covid-19.”

“We are processing (applications) as quickly as possible. We are also making great strides in processing more applications virtually, while emphasizing safety and security.”

The federal agency added that it has revisited some policies, and are exploring more ways to adapt to the current situation.

It reassured the applicants saying, “No application in progress will be closed or refused as a result of ongoing service disruptions related to Covid-19.”

IRCC is, however, unable to provide specific timelines because “there are so many different variables involved”, it said.

The program was launched in 2017 to meet rising labor shortages in a number of industries in the Atlantic provinces.

Since then, nearly 6,700 immigrants have become permanent residents through the program, according to IRCC. It is being extended by two years to December 2021.

“It has been eight months since I applied for the AIPP, and I don’t even have my file number.”

But lately, there have been numerous complaints about prolonged delays, and many applicants say they don’t even know the status of their applications.

“It has been eight months since I applied for the AIPP, and I don’t even have my file number,” wrote Simranjit Singh, who works in Nova Scotia.

“We have been working in this pandemic full-time and without complaining, but the response from IRCC is very frustrating.”

Another petitioner, Sam Kim of Buford, Ga., said he applied for AIPP in April last year, and his papers are still under “processing” status.

“It is been over one year and half, instead of 6 months. I should’ve got it before the pandemic.”

Thouseef Arupuzha, who works for a financial services company in Charlottetown, P.E.I., said his promotion is on hold because he doesn’t have the PR card.

“I’m really locked up in this beginner job,” he said.

Applicants from South Africa and have also joined the campaign.

The petition comes at a time when Atlantic provinces are tightening driver recruitment rules.

Both Nova Scotia and Prince Edward Island have stopped accepting truck driver applications under the AIPP, while New Brunswick has set tough conditions for potential applicants and their employers.

Carriers have welcomed the move saying it will help with driver retention. They say fleets like the Provincial Nominee Program better than the AIPP because there is no retention with the AIPP.

They point out that under the AIPP, drivers get their permanent residency a lot faster, and then decide to leave the province. 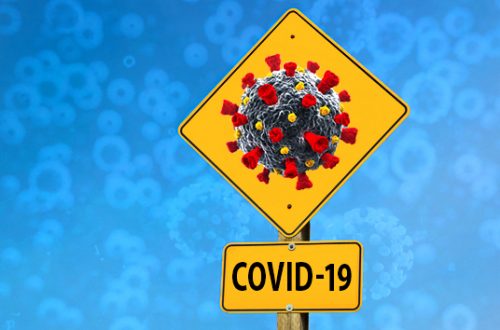